Lorde Rounds Up Chemical Brothers and Miguel For ‘Mockingjay’ Single

The massive electronic track is called "This Is Not A Game" 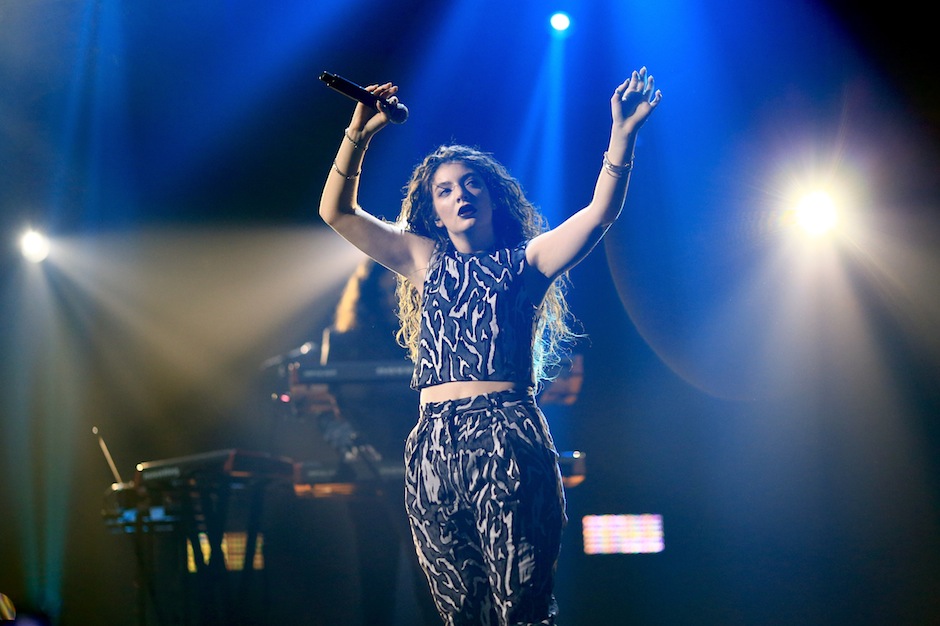 Earlier this year, Lorde confirmed that she’d be curating the soundtrack for the upcoming Hunger Games sequel, Mockingjay: Part One. In September, the Grammy winner released her own cut from the album, “Yellow Flicker Beat,” a very Pure Heroine-sounding track. Today on Zane Lowe’s BBC Radio show, the singer premiered a brand new Chemical Brothers track (!) from the film, “This Is Not A Game,” featuring both Miguel and Lorde on vocals.

“I know what I’m doing, baby / Staring at a gladiator / Talking ’bout a revolution,” Miguel sings like it’s his last chance at salvation. Lorde herself appears only very briefly on the massive single, drawling the words, “there it is” out dramatically on the chorus. Stream “This Is Not A Game” below.