The rapper chose LCD Soundsystem to soundtrack his breakup 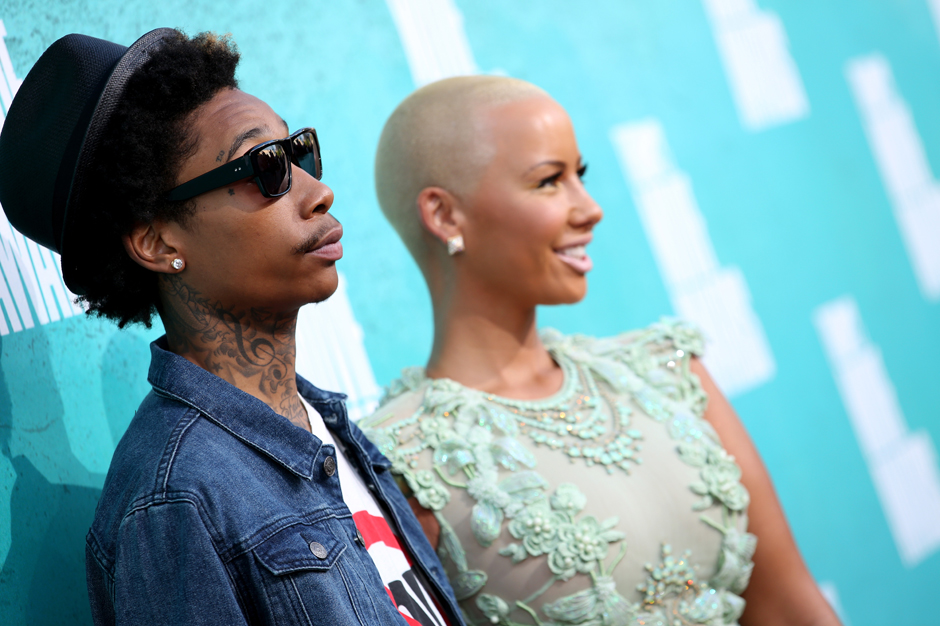 Wiz Khalifa and his wife Amber Rose went from the happiest place imaginable – a world in which Rose posted a 15-second long twerking Instagram video to celebrate her husband’s chart-topping album Blacc Hollywood – to divorce in a matter of mere weeks.

According to TMZ, Rose filed for divorce on Wednesday after suspecting the “Black and Yellow” rapper had been “stepping out” on her on his most recent tour. According to sources in Wiz’s camp, he believes that his wife had been cheating on him with recent divorceé Nick Cannon. What a total mess, if only because the couple’s one-year-old son Sebastian is now stuck in the middle of the nasty split.

For her part, Rose isn’t holding back a single thing. After websites like TMZ began to suggest that the model had cheated on her husband, Rose used Twitter as a bashing ground with a series of “yes Amber, drag him!” responses.

Please stop with the fake stories. I would never ever ever cheat on my husband in a million years I think u guys know this…..

I’m devastated and crushed but my main focus is Sebastian. Thank u for all the support in this difficult time.

Wiz responded to the divorce reports by uploading a Vine of himself dancing to LCD Soundsystem’s “Someone Great” on an indoor trampoline. If only we were all so carefree.