Tove Lo, Pop Star in the Making, Conquers Her ‘Habits’ in New Video

Watch her dominate a live performance of the hit single

Tove Lo is a pop star on the rise with a noticeable edge. The Swedish singer, born as Tove Nilsson, spent much of the past three years writing tracks for Gavin Degraw, Adam Lambert, Icona Pop, and Girls Aloud before trying her hand at her own solo career with this spring’s Truth Serum EP. Tove’s most recent single, the poppy but melancholic “Habits (Stay High)” continues to climb the Top 40 charts, reaching No. 16 this week after its initial release in March of 2013. It’s a smoky-voiced take on a fractured relationship and how one person handles — or doesn’t — the weight of the emotional baggage that comes after a break-up. The Lorde-approved singer is now preparing for the release of her debut album, Queen of the Clouds, a moody effort that’ll be released on September 30 via Island Records.

Today, Tove Lo shares the exclusive premiere of a hazy, stripped-down live performance of “Habits (Stay High).” “The story behind [it] is kind of very much in the lyrics,” Tove says. “It’s me kind of trying to get over relationship or heartbreak just by numbing the pain in every way that I can. I’m not sure it’s the best way to do it, but it worked for me.” Watch Tove Lo tackle “Habits” (while barefoot no less!) above and check out the Queen of the Clouds cover art below. 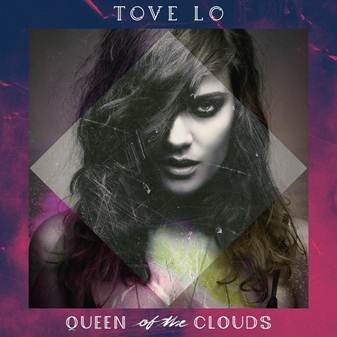