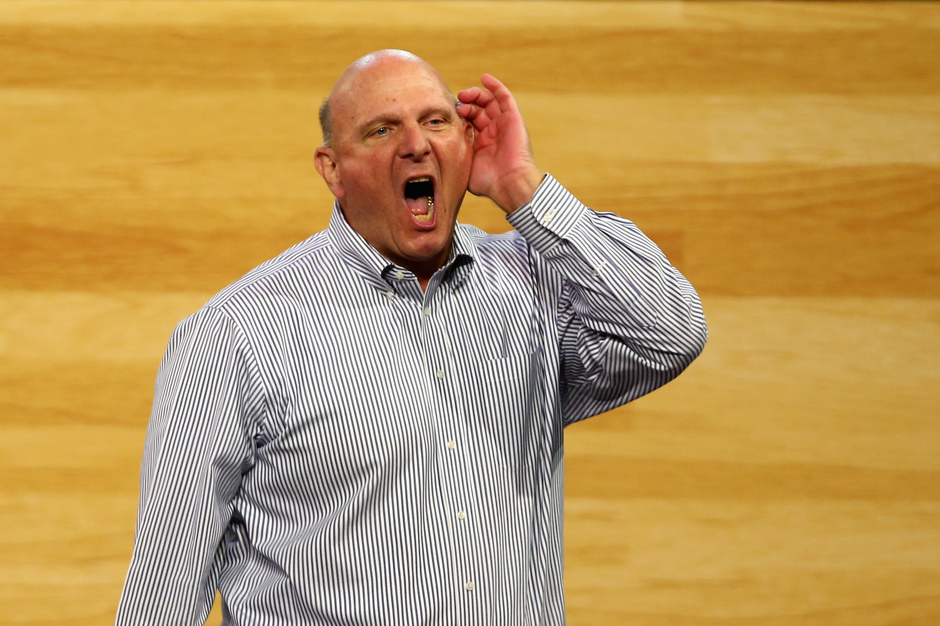 The Los Angeles Clippers publicly welcomed their new owner today, and his batshit amazing entrance proves he’s absolutely nothing like the cranky racist dick who’s leaving. Seen below around the 29-minute mark (originally, it was 02:46:00, but it seems the clip’s been edited down), former Microsoft CEO Steve Ballmer makes a hand-slapping, fist-pumping, face-bending walk-out that seemed more fit for the WWE than the NBA. But we’ll take it. Especially since he chose Eminem’s “Lose Yourself” as the soundtrack to all that manic wilding. And even though Beats guys Dr. Dre and Jimmy Iovine were supposedly interested in purchasing the team, this is more hip-hop than either could’ve mustered. Well, more Randy Savage meets Hulk Hogan, at least. Watch and weep, Donald Sterling.