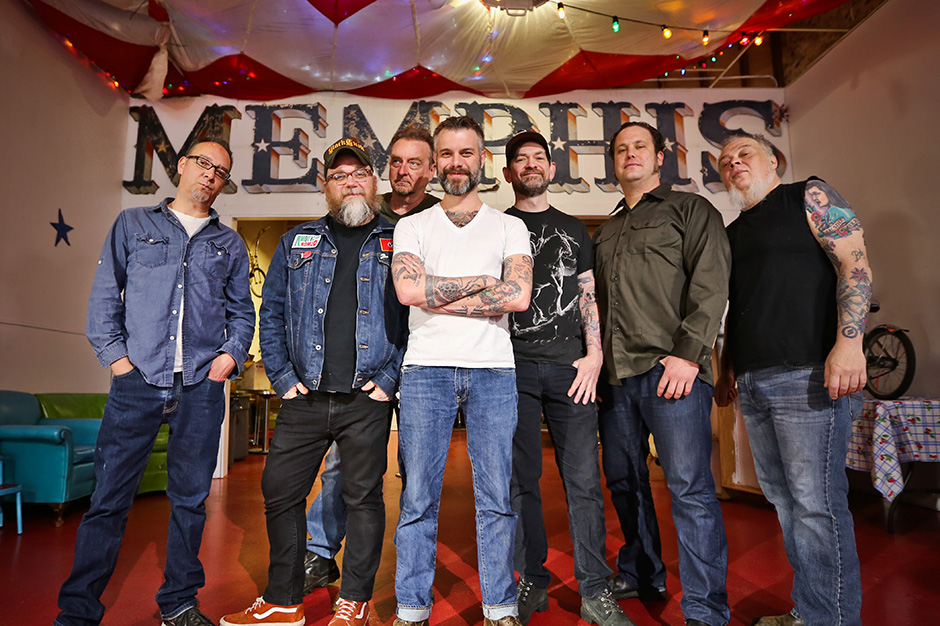 Way back at the mid-1980s peak of the 33-1/3-RPM era, Bruce Springsteen put out Live/1975-85, a career-spanning box-set live retrospective on an unheard-of five vinyl discs. Lucero, a rocked-up country-punk band from Memphis, is going for something on a similarly larger-than-life epic scale with Live From Atlanta (Ingrooves Records), which plays like an artifact from the days when gatefold-sleeve live records were a ritual event for every band with enough of a catalog to merit one.

In Lucero’s case, they’ve released more than 100 songs on nine full-length albums since 2000. Live From Atlanta extracts 32 of those songs to fill out a sprawling two-disc set that clocks in at a marathon two-plus hours, played for a well-oiled and highly enthusiastic club crowd in the Peach State’s capitol. If you’ve ever seen Lucero live, you already know about the band’s rampaging tempos, barrelhouse piano and wailing horns topped off with frontman Ben Nichols’ tomcat yowl. And if you haven’t, the stream below will probably make you want to get with the program real, real soon.