Iconic hip-hop label handpicks artists from across its historic reign 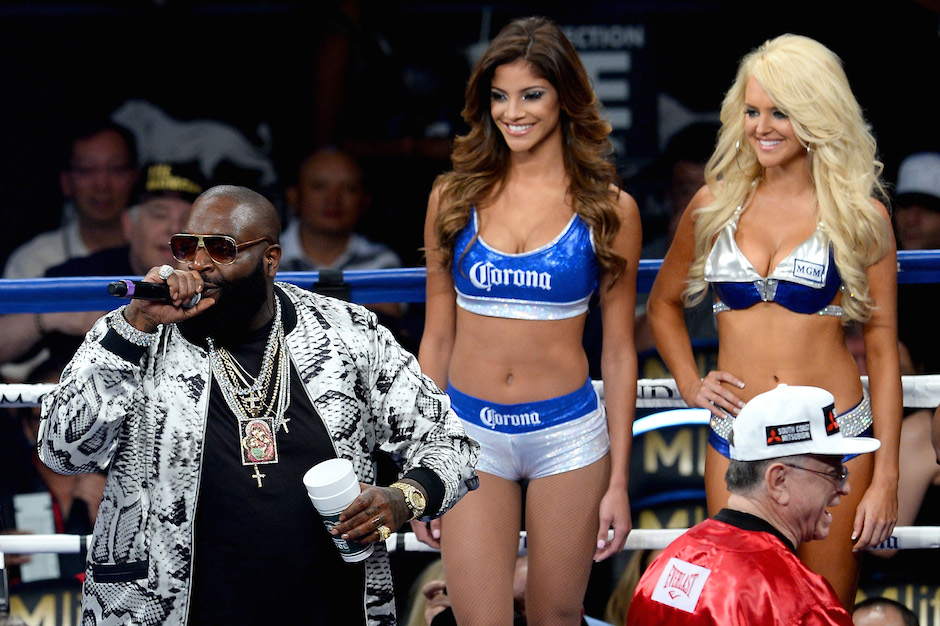 Def Jam Records has announced a massive 30th anniversary celebratory concert to be held at the Barclays Center in Brooklyn on October 16, with headliners 2 Chainz, the kale-loving Rick Ross, and DMX topping a list that impressively spans a massive chunk of the iconic rap label’s history. Though original signings LL Cool J and Beastie Boys aren’t booked, EPMD made the cut. Onyx too. And as far as up-and-comers go, Jheneé Aiko and Jeremih are booked as well.

Also: Ashanti, Ja Rule, Foxy Brown, Method Man (recently back in the Wu Tang Clan), Redman, Warren G (or Warren G. Harding?), and Fabolous, with more to be announced in the coming weeks. Which is good, since the only tickets currently offered cost a pretty steep $190 each. But think about the rap history lesson you’ll be getting if you’re in the building. Official pre-sale launches August 20.

As part of the 30th anniversary festivities, Def Jam will also release a limited-edition LP and CD box set featuring a collection of songs curated by Def Jam founder Rick Rubin himself, as well as a commemorative T-shirt and booklet. 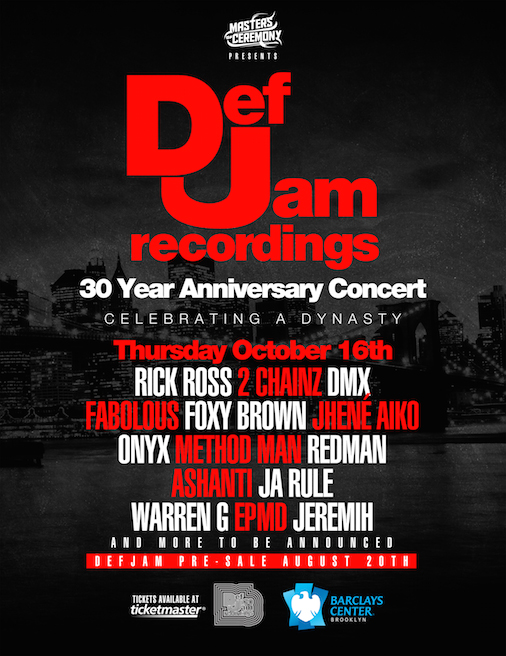