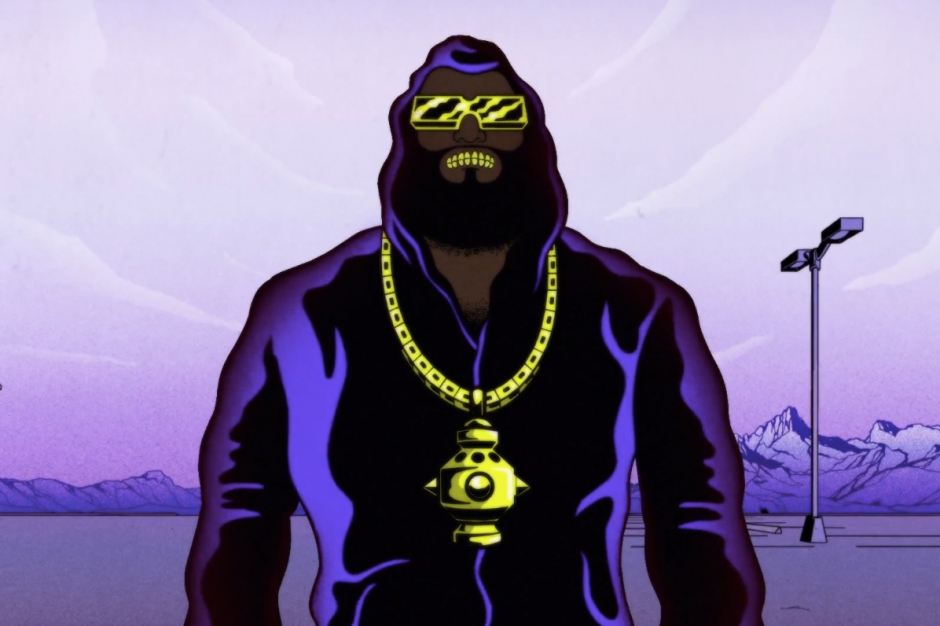 The Captain’s back. So we learned yesterday with the reveal of the cartoon rapper’s origin-story video, and today Murphy’s return is officially restated with the first new work we’ve heard from Flying Lotus’ alter-ego since he teamed up with MF Doom, Earl Sweatshirt, and Thundercat a year ago. Like that track, “Between Villains,” this too is for Adult Swim’s singles series but the villain’s taking big swings on his own this time. Heard below, “Cosplay,” opens with a sensual sample telling the legend of Murphy’s superhuman prowess as the god of “raw creativity,” before building into a swaggering two-minute ode to his geeky sex queen: “Cosplay like she nerdy / Cosplay like she dirty / Cunning she’s so worthy / Prefer it when she hurt me,” Captain Murphy raps in a dark chant, kinky and compelling. Download the song from Adult Swim on August 18, and study up on FlyLo’s You’re Dead album.

Note: Not familiar with cosplay? The term is short for “costume play,” as in, dressing up as your favorite superhero, anime, comic book, video game character, or (perhaps?) animated rapper. For anyone so inclined, Wikipedia offersa functional 101 course, and a Google image search should take care of the rest.