The singer will follow in the footsteps of Britney Spears, Justin Timberlake, and Michael Jackson 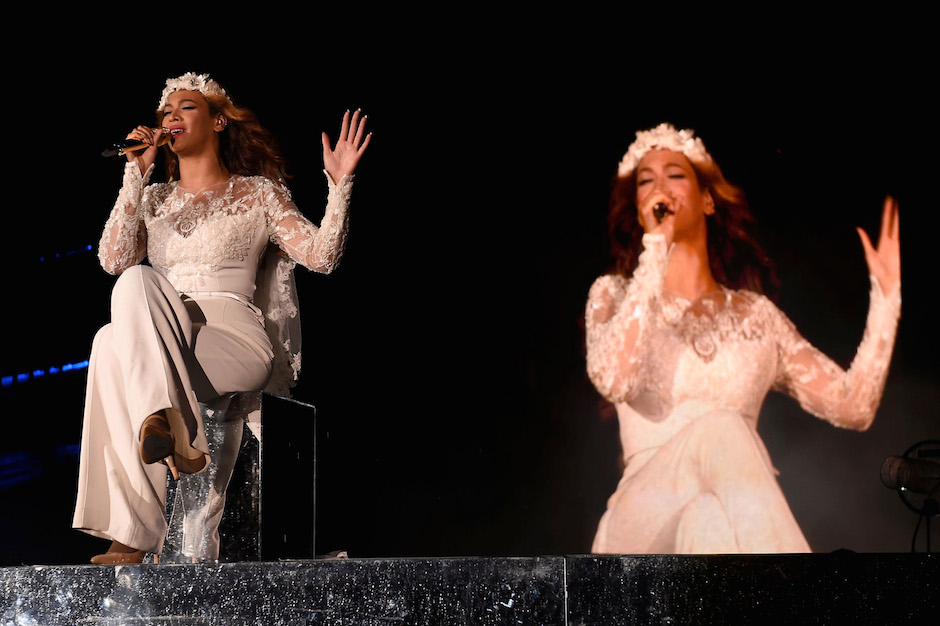 Beyoncé will be this year’s recipient of the Michael Jackson Video Vanguard Award at MTV’s Video Music Awards, an honor bestowed upon such musicians as the Rolling Stones in 1994 and Britney Spears in 2011.

Much like Justin Timberlake did at last year’s awards ceremony, Beyoncé will also perform at the VMAs before receiving her award, which MTV calls “the VMAs’ highest honor.” The singer surprise-released her most recent, self-titled album in December, and will most likely perform some sort of career-spanning medley of hits. Expect to hear “Drunk in Love” and “Single Ladies” during the August 24 telecast. It also wouldn’t shock if she snuck an homage to her tenure with Destiny’s Child, whether she’s onstage with her former bandmates (à la Timberlake and the rest of ‘N Sync).

At the moment, Bey is coming off of a busy few weeks in the limelight. At last weekend’s performance of her and husband Jay Z’s “On the Run” tour in Pasadena, a fan had his fingertip bitten clean off by an alleged assailant. And the night before, Beyoncé sneak-attacked fans with the remix to her song “Flawless,” featuring a guest verse by Nicki Minaj.