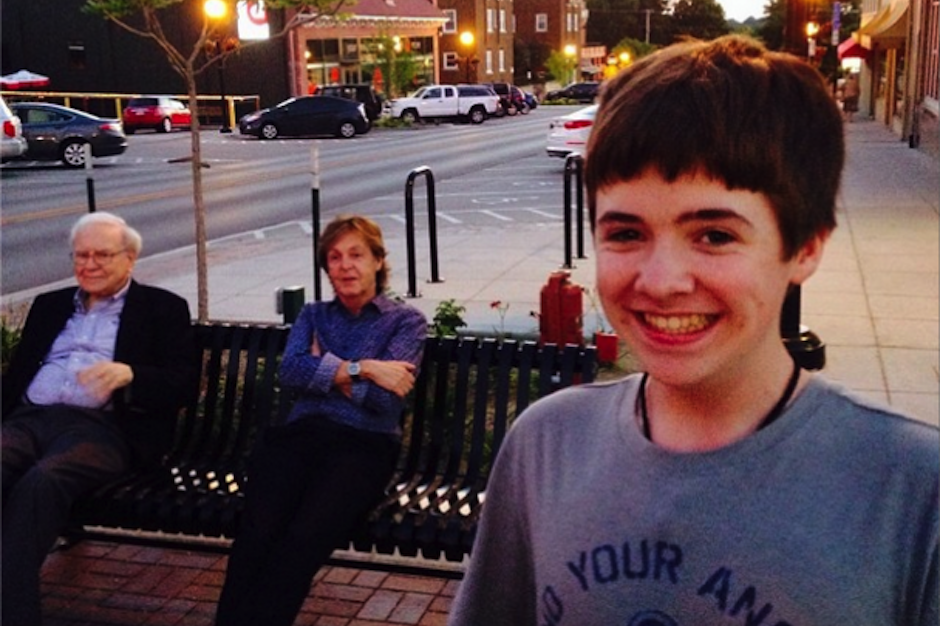 The second richest man in America and a bona fide Beatle wandered around Omaha, Nebraska, Sunday evening, drawing dropped jaws and widespread bewilderment from locals. On the way to a tour stop in Lincoln, Nebraska, the recently recovered Paul McCartney stopped over in Omaha to catch up with his old pal Warren Buffett, according to The Omaha World-Herald. The pair did pretty much what any two older gentlemen would do with a few spare evening hours and some expendable income — dinner at a nice restaurant (Italian) and then dessert.

While they were at an ice cream establishment called eCreamery, it became clear that these weren’t just any two dudes having a night on the town. Word got out that the pair were dining on some choice vanilla, and a local teen named Tom White rushed to snag the 21st century equivalent of an autograph from the duo. Check out the pure joy on his face in the selfie he snapped below. Buffett looks unamused, but be sure to note McCartney’s famous smirk. 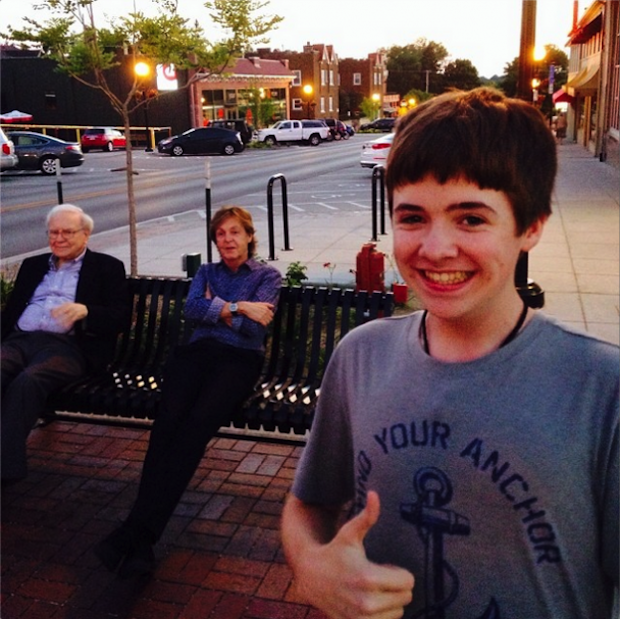 Katy C. kinda crushed it too though: