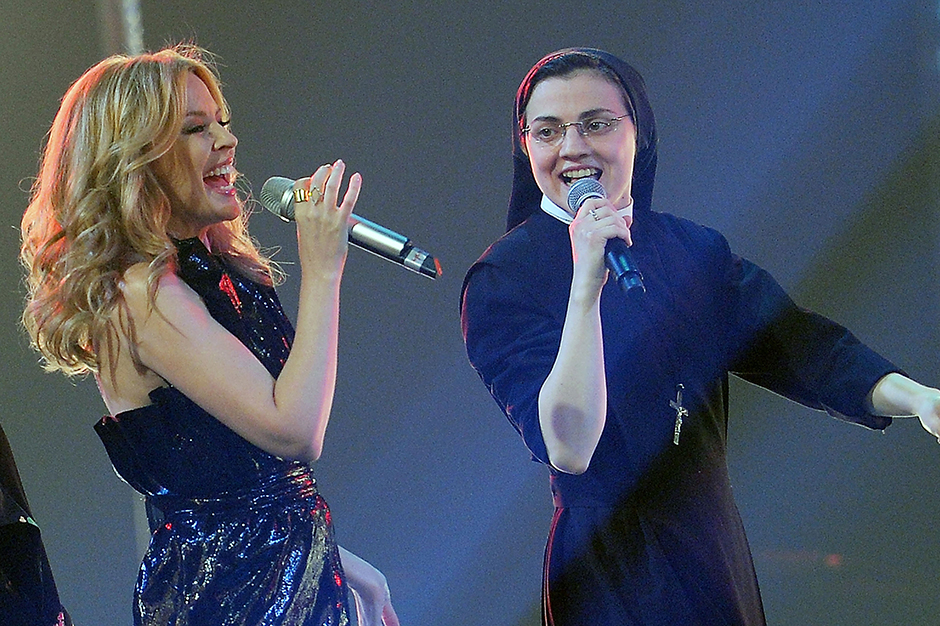 At first it seemed like Australian star Kylie Minogue would be scoring her best film role yet as a figment of Nick Cave’s imagination in a fake documentary about her fellow musician and countryman. Now, the “Can’t Get You Out of My Head” singer has outdone herself (Moulin Rouge, Holy Motors, and Bio-Dome notwithstanding) by starring opposite none other than Dwayne “The Rock” Johnson in — wait for it — the 3D earthquake movie San Andreas, reports Variety.

Though details about Minogue’s part in the movie are scarce, it’s being filmed far, far away from its titular California fault line — in Australia, in fact, which at least partially explains the choice to bring her onboard (aside from the fact that she is also both objectively talented and totally attractive, making her a shoo-in for the token Smart-but-Sexy Scientist). As for the Rock, he plays a helicopter pilot (duh) attempting to rescue his daughter in “San Francisco.”

The news follows Minogue’s recently released chameleonic yet enjoyable 12th studio LP, Kiss Me Again. Lately she’s mostly been making the news rounds as a judge on The Voice, the Italian version of which saw the singing nun, a.k.a. Sister Cristina Scuccia, win the competition and then perform Minogue’s most famous song with the pop superstar herself.