"The world will miss Casey Kasem, an incredible talent and humanitarian" - Kerri Kasem 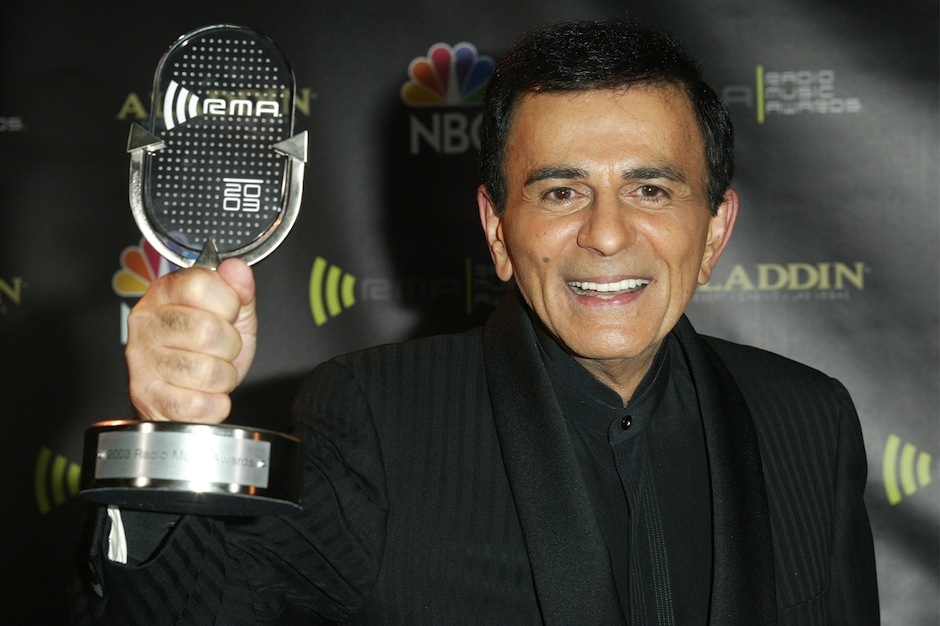 After a long battle with Parkinson’s disease and dementia, iconic radio broadcaster Casey Kasem passed away at 82 early Sunday morning at St. Anthony’s Hospital in Gig Harbor, Washington, Billboard reports. A publicist for daughter Kerri Kasem confirms that the radio host died at 3:23 a.m. on Sunday from complications related to dementia.

Kasem was best known as a forerunner in American Top 40 radio, providing a countdown format that’s still followed to this day. His style, inspired by the TV show Your Hit Parade, was more than just a simple DJ set, instead engaging the audience with trivia and facts about the artists as he counted down the hits.

In addition to his pioneering radio career, he also was a master of voice acting, providing the voice of Shaggy in Scooby-Doo, Where Are You? and Robin on Super Friends, among a whole host of other familiar roles, including appearing as himself in Ghostbusters. Kerri Kasem posted a message to her Facebook page eulogizing her father this morning, the text of which is reprinted below.

“Early this Father’s Day morning, our dad Casey Kasem passed away surrounded by family and friends. Even though we know he is in a better place and no longer suffering, we are heartbroken. Thank you for all your love, support and prayers. The world will miss Casey Kasem, an incredible talent and humanitarian; we will miss our Dad. With love, Kerri, Mike and Julie.”