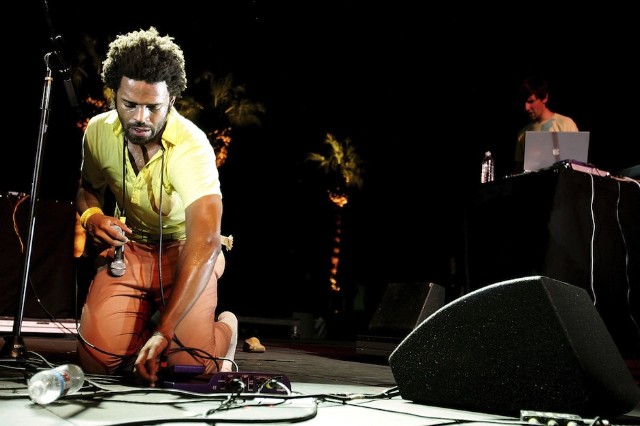 Los Angeles favorite art-rap favorite Busdriver is back not only with news of a new album called Perfect Hair, but also a psychedelic single called “Ego Death” featuring Danny Brown and Aesop Rock, with production by Jeremiah Jae. The latter can be heard below, while the former will arrive in full September 9 via Big Dada. SPIN friend Open Mike Eagle has a cameo on the LP, as does Pegasus Warning, and the cover, seen below, is a piece by revered painter/musician/actor John Lurie (Fishing With John, Lounge Lizards, and Down by Law, to name a few thing’s he’s known for). “What would Gravity’s Rainbow sound like as a rap album?” begins the announcement. Perhaps this swaggering, clanging track holds the nugget of an answer. Stay tuned for more.