Last night Hudson Mohawke headlined Manhattan's Webster Hall as part of Red Bull Music Academy's month-long New York City takeover. With his production associated with tracks from Kanye to Bjork, rumors rapidly spread on who the advertised "special guests" may be for the evening. (Bjork was indeed spotted in the audience, though she never took the stage.) After a surprise opening set from Brooklyn's Le1f, HudMo took to the turntables for a set that ranged from melancholic ambiance to the springy, bass-driven familiarity of his own TNGHT project. The guests were revealed along the way. For one, Houston MC Travi$ Scott stage-dived into the audience through a short, emphatic appearance. Later in the evening Antony Hegarty lurked behind a smoky, glowing screen and sang on top a new cut by the producer. At the front of the stage, the packed crowd was happy to make a never-ending, amoebic mosh-pit through it all. 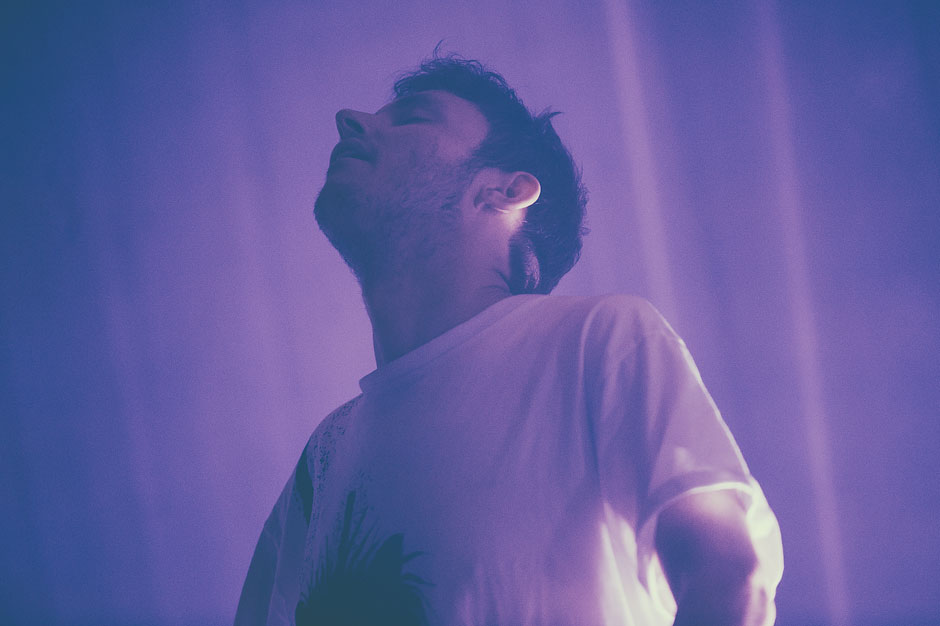 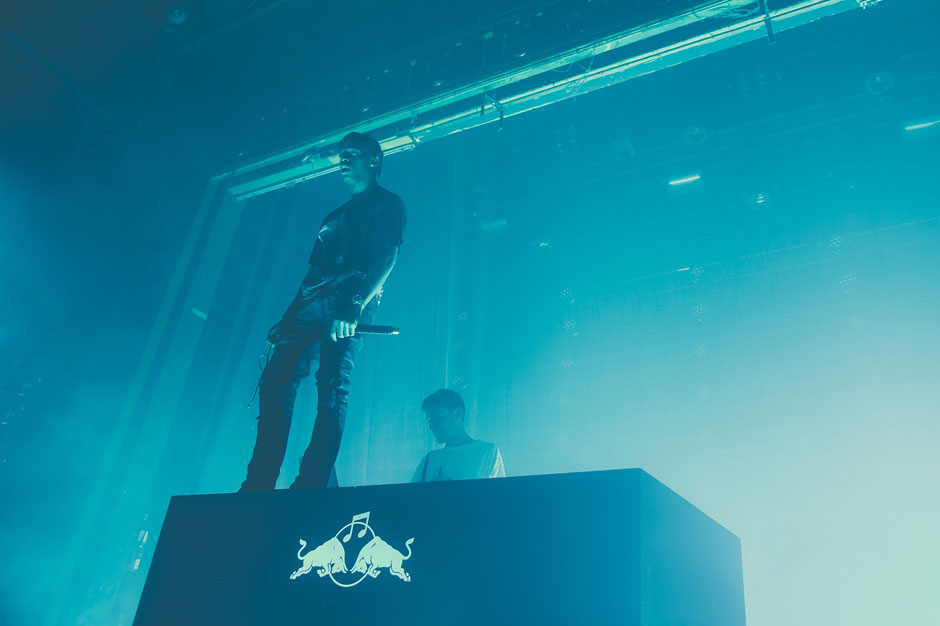 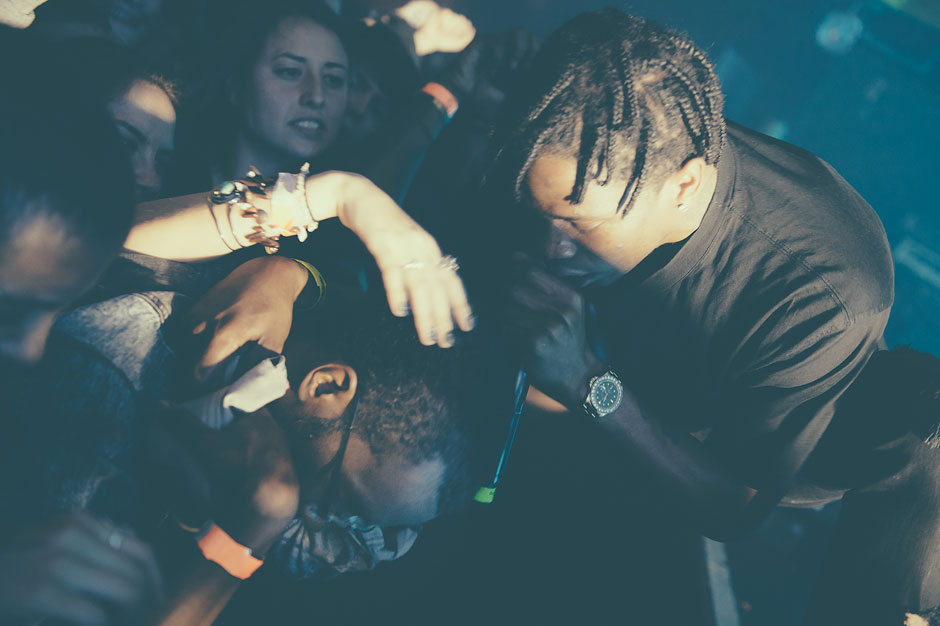 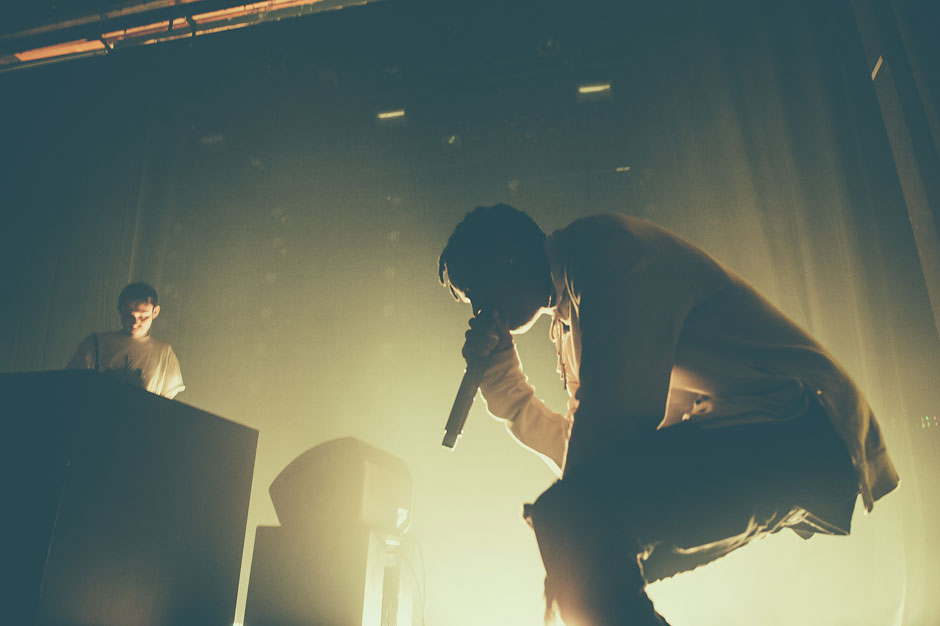 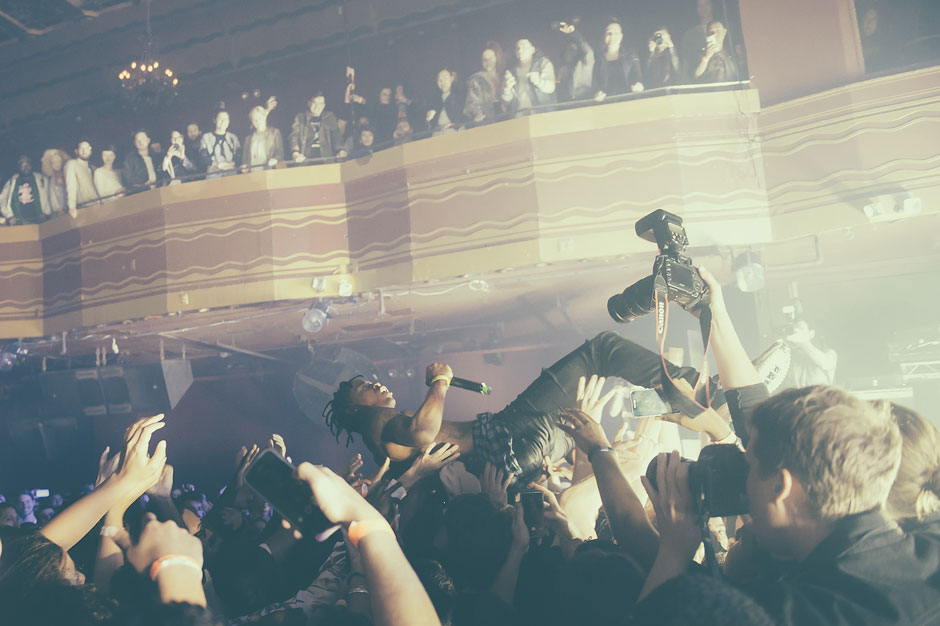 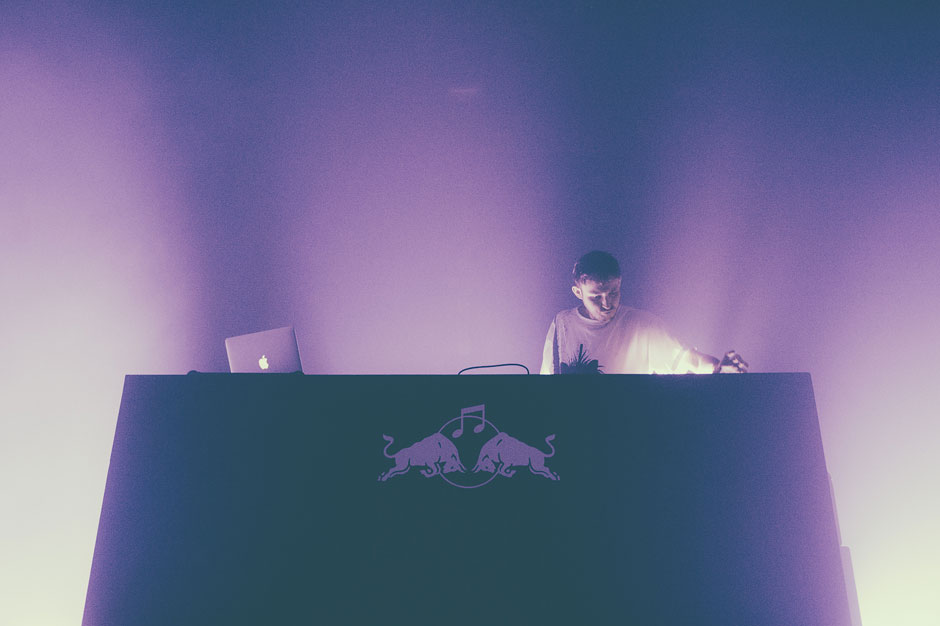 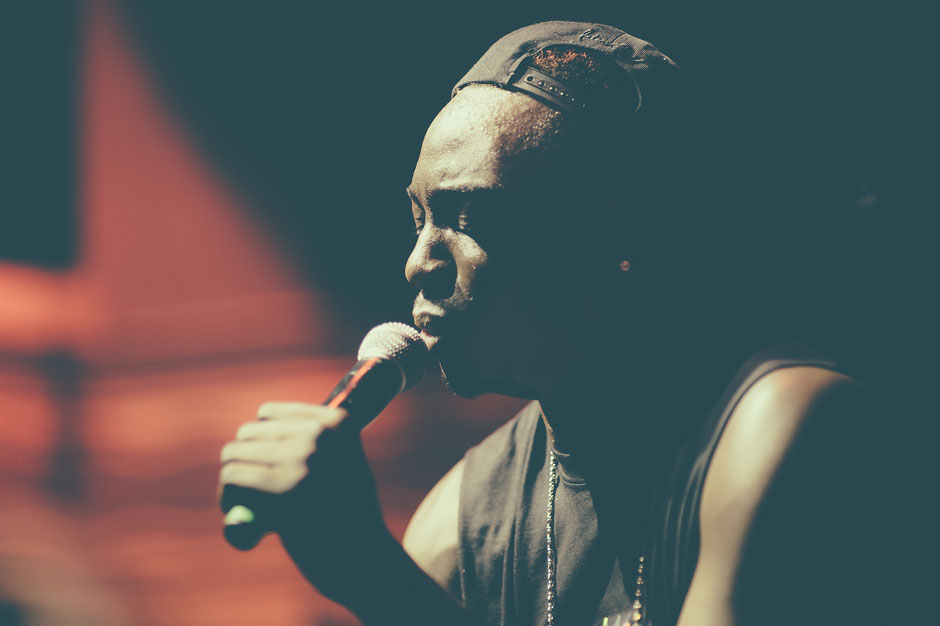 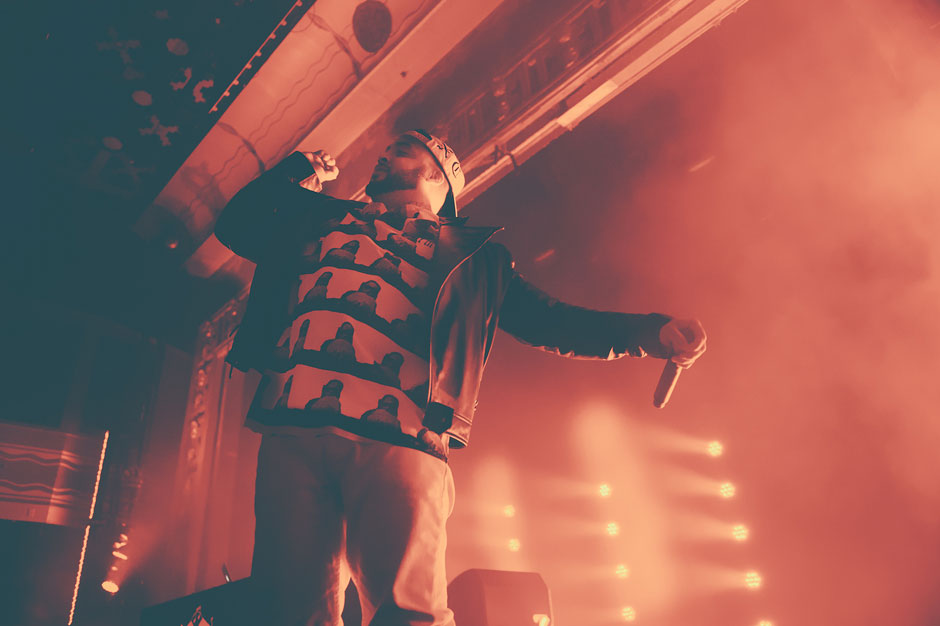 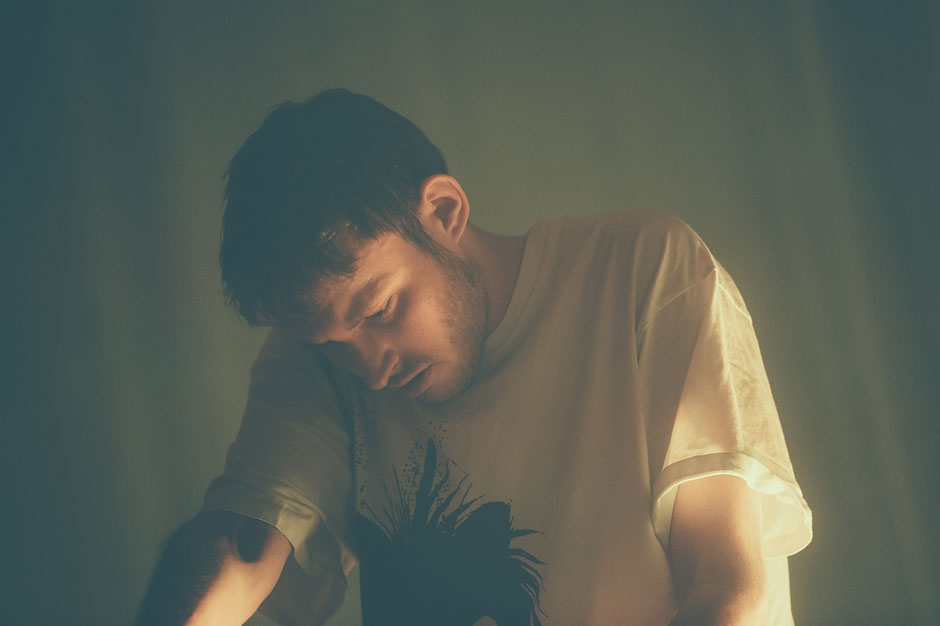 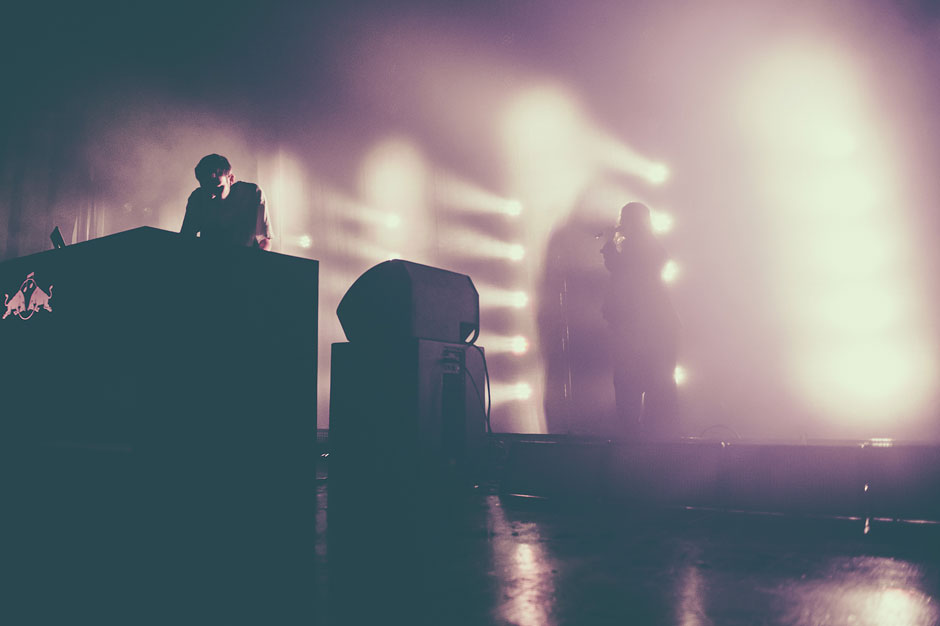 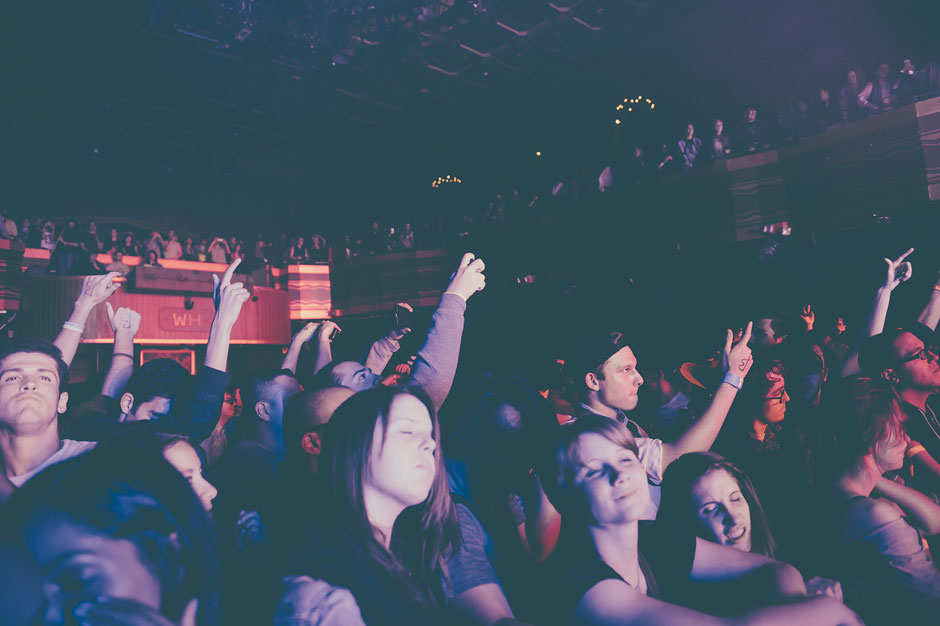 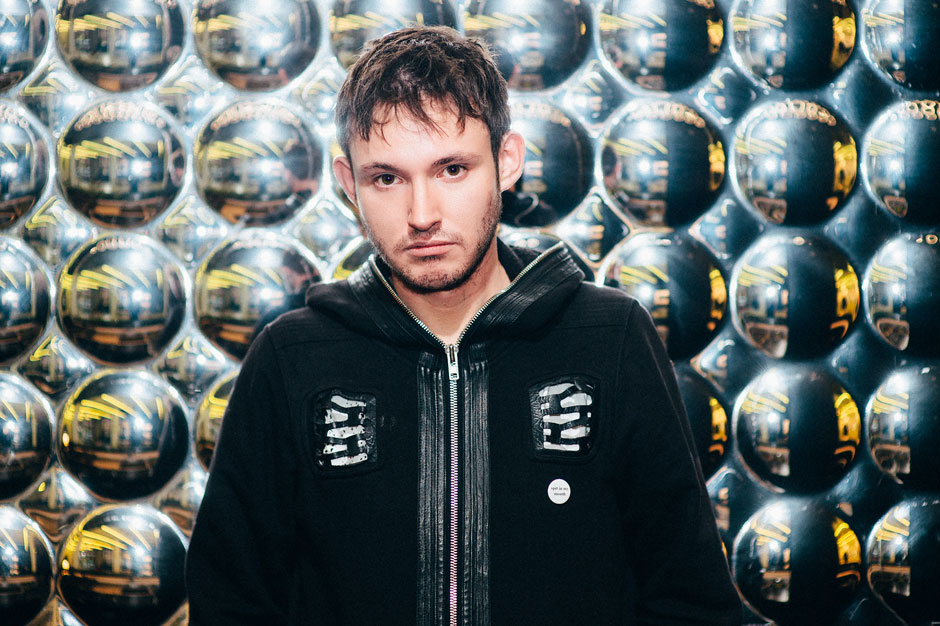