Megafun drummer's forthcoming release due May 20 via Spacebomb Records 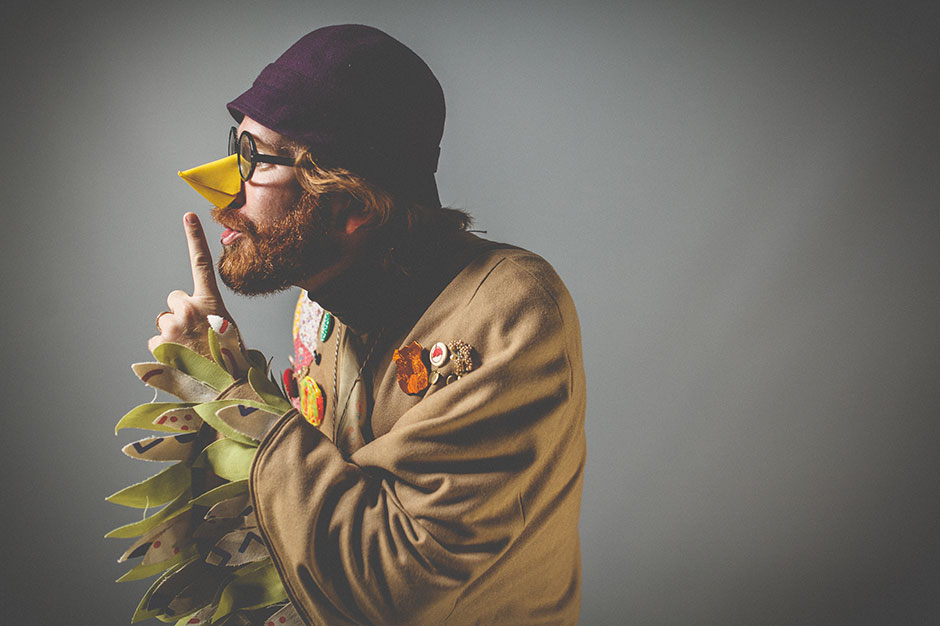 It appears that Grandma Sparrow’s Joe Westerlund has been hiding his passion for avant-garde kids’ music behind the drum kit of North Carolina avant folk-rock outfit Megafaun. On his forthcoming solo project, Grandma Sparrow & His Piddletractor Orchestra, the composer embraces this fantastical inner-child and abducts you for a playdate you’ll never forget.

On the release, Westerlund plays the titular Grandma as well as Alewishus, Tinkleminus, Scrimpa, the Bark Commissioner, the menacing Oryoman, and other residents of the land of Piddletractor. Horns, strings, and sing-along choruses (e.g., “Obediah sacremiah existential mothersnakes”) make a collage as Westerlund turns a surreal day-in-the-life narrative into a hallucinogenic frenzy through electronic pitch shifting, tape manipulation, and, when onstage, some truly ridiculous headware. It’s as though the ghost of Stockhausen had wanted to know how to get to Sesame Street, and Westerlund showed him the way. Grandma Sparrow & His Piddletractor Orchestra is due May 20 on Spacebomb Records, but you can stream it in advance of the release below.