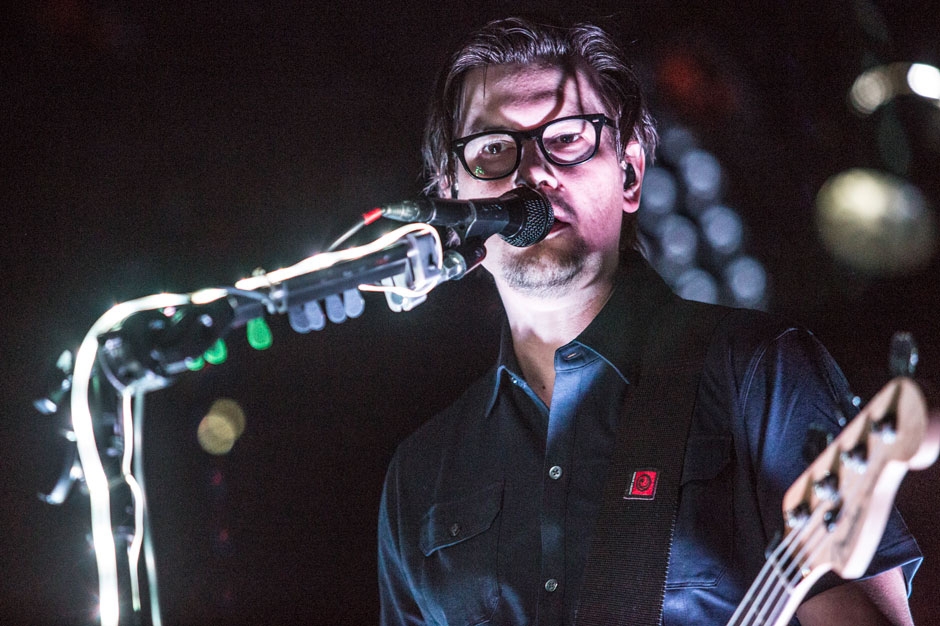 Failure’s first new song since their beloved 1996 behemoth Fantastic Planet doesn’t disppoint. Last November, the “band’s band” post-grunge antiheroes announced to SPIN they’d be reuniting their Fantastic Planet lineup for a show at Los Angeles’ El Rey, their first in 16 years. That set went down in February — we were there — and Failure are now in the thick of a North American tour. With that, they’ve released their first new song since their touchstone album, “Come Crashing.”

It’s an atmospheric yet melodic slow-builder that ought to grab ears even if you’ve never heard a lick of Failure’s biggest hit, “Stuck on You.” More Veruca Salt than Pixies, then, as ’90s revivals go — and considering frontman Ken Andrews has kept current, for example mixing Paramore’s phenomenal 2013 self-titled album, that’s only fitting. “You need to trust your bones,” he intones, between pedal squalls evoking, oh my god, a double rainbow (or at least something that could make a few budding guitarists look up how they did that).

“Come Crashing” is from a tour-only EP, Tree of Stars, which also includes live takes on “Let It Drip,” “Frogs,” “Sergeant Politeness” and “Heliotropic.” Fantastic Planet? What a wonderful world.