"There will be no reunion ... I've lost a brother," says leader Karl Simon 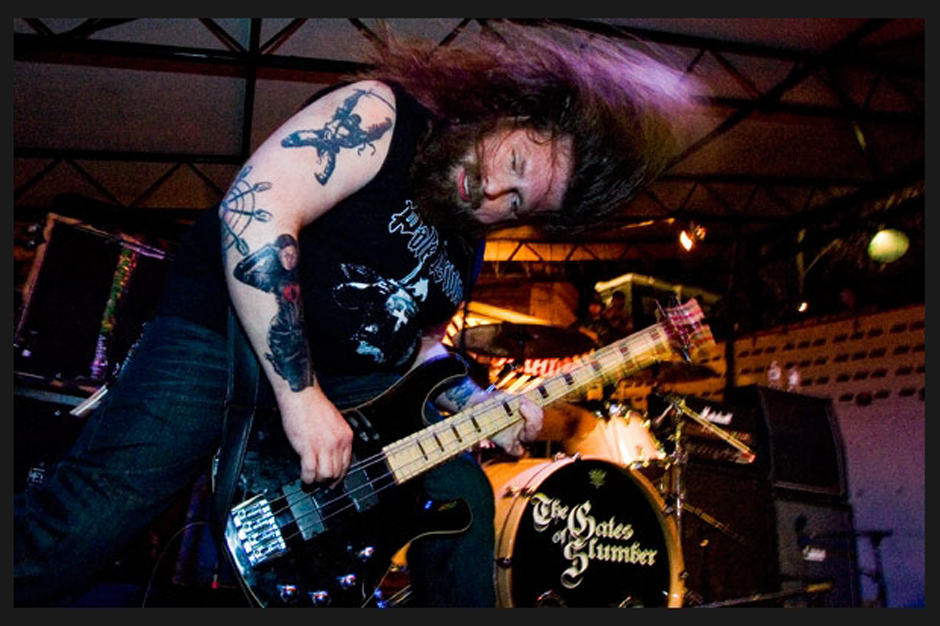 Jason McCash, former bassist for the Indianapolis doom-metallers the Gates of Slumber has died at 38. As Blabbermouth points out, vocalist/guitarist Karl Simon informed the world of the passing of his former bandmate in a note posted to the band’s Facebook page.

“My best friend died last night,” wrote Simon. “There will be no reunion—no more of TGoS. It’s dead beyond dead, and I’ve lost a brother. Please be respectful or silent. It’s a small world and I’m still alive. Remember that shit.”

No cause of death is being reported at this time, nor are any details outside of Simon’s Facebook post readily available.

The Gates of Slumber formed in 1998 in Indianapolis, Indiana, and chunked out five records of grimy riffs over the course of their 15-year career. McCash left the band in September of last year, and shortly thereafter, Simon and drummer “Iron” Bob Fouts decided to call it quits as well. We had the honor of catching one iteration of the trio at SXSW 2010. That’s a shot of McCash from that show at the top of this post and a track from the band’s final EP, Stormcrow, is below.