Baltimore duo's latest track comes from 'Party Jail,' out May 20 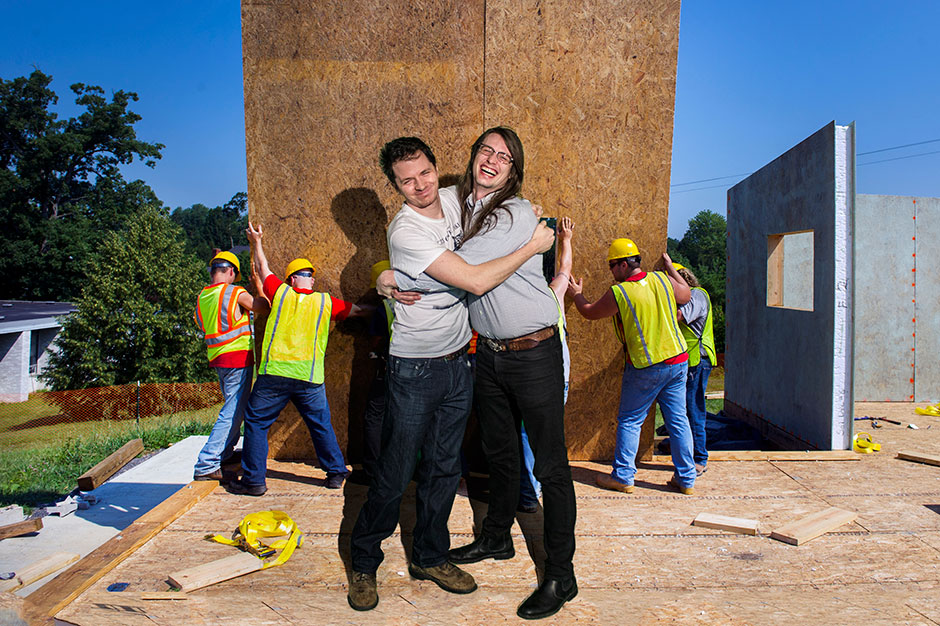 Two years ago, Ed Schrader’s Music Beat released their spirited, genre-bending LP Jazz Mind. Now the Baltimore duo — which includes singer-songwriter-drummer Ed Schrader and bassist Devlin Rice — are preparing to release their follow-up full-length, Party Jail, due out on May 20 via on Infinity Cat Recordings. “Televan,” the second single off of Party Jail, contains no trace of jazz, though it offers a minute-and-a-half’s worth of irresistible, in-your-face post-punk in its stead. The spurt of energy comes with Schrader’s shouty hook, the persistent poundings of his single floor tom, and Rice’s top-notch, tempestuous basslines.

Ed Schrader’s Music Beat are currently on tour with their hometown friends Future Islands. Listen to “Televan” and check out the band’s tour dates below.