Plus records from Jorge Velez, MMM, Sculpture, and Donato Dozzy 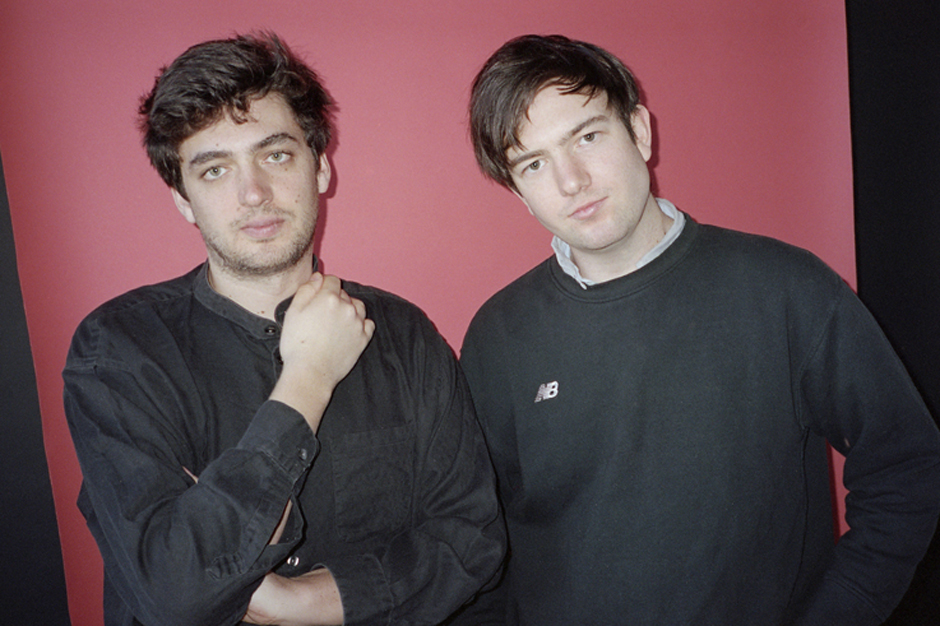 Blondes, Rewire (RVNG)
With last year’s Swisher, New York’s Blondes took a metaphorical scrap of sandpaper to the sound they had established a few years prior. What before had been buoyant and Balearic became streamlined, steel-reinforced, and colored a thousand shades of grey. Their techno transformation continues on a new set of remixes from Simian Mobile Disco, Claro Intelecto, Huerco S., and Function. For the most part, these sound more or less as you might expect them to: Claro Intelecto’s chugging, mid-tempo “Wire” remix is darkly lustrous, like a trove of gold glinting dimly at the back of a cave; Function’s is both weary and regal, uniting dub techno with metallic drones; and Huerco S. goes for the garbled and gnarled, turning out a lumbering strain of house that seems to be dissolving from inside. It’s Simian Mobile Disco that turn in the most surprising remix — fittingly, perhaps, given that their career has also been all about perpetual re-invention. Their version of “Swisher” pays tribute to classic Chain Reaction vibes — pads panning, filters afizz, the focal plane shifting like a light-field photograph.

J. Velez, Ausland (Rush Hour)
Jorge Velez is getting increasingly hard to keep up with, but it’s on us to try. There’s the cosmic disco of his Professor Genius alias; last year’s MMT Tape Series, which sounds both fresher and more necessary than anything the subtitle (“Home Recordings 1996-1999″) might lead you to expect; and his new Territories LP for L.I.E.S., which perches on the border between ambient and industrial like a lizard sunning itself on a scrap of metal. Put together, it’s like eavesdropping on a decades-long meditation on synthesizers, the electronic-music canon, and the virtues of DIY.

Both “Ausland” and “Lost Highway” sound unusually direct for Velez. Where much of his work feels like a question, these are declarations: This is what techno sounds like. We know this from the stolid four-to-the-floor beats, the rushing waves of synthesizer, the all-important claps, which hold everything together with a force like gravity. (“Lost Highway,” in particular, might almost be a Levon Vincent record, what with its rolling toms and cavernous reverb.) But you can also feel him reacting to that sense of obligation that a genre can impose. He strains against it in almost a physical way, so that in “Ausland” chords pull away from the tonal center, sheets of dissonance peeling off like sandwich meat. At the core of it all is the tension between the ego and the genre, between the self and something bigger. (Hear samples at Rush Hour.)

MMM, “Jack” / “Syncro” (MMM)
MMM’s Errorsmith and Fiedel are masters of misdirection. They specialize in stripped-to-the-bone rave bangers so rudimentary they sound almost, well, almost kind of basic, to resort to this week’s trending putdown. But, like the Stooges, they know that there’s a fine line between stupid and stoopid. That line is thinner than ever on “Jack,” with its two-note melody, its tinny preset tone, its my-kid-could-do-this level of complexity. On first listen, it might sound kind of cheap, but hear it loud, and you’ll realize that it’s no joke. The jaunty call-and-response between that pipsqueak lead and that roly-poly bass line, not to mention the perpetually morphing timbres of it all, are compelling in a way that almost defies critical analysis. Their trickster sensibility really comes to the fore on “Syncro,” an extended fugue state whose entire M.O. is a ping-pong delay drifting slowly out of phase; it’s basically the Jaws shark-attack cue as imagined by Thomas Brinkmann.

Sculpture, “Hackle Scam Populator” (Software)
Despite the name, there’s nothing static about the work of Sculpture, the duo of the British musician Dan Hayhurst and the New Zealand animator Reuben Sutherland. Quite the opposite: They’re fascinated by the properties of objects in motion. Their productions set off dizzying chain reactions of pinging oscillators and dub delay, and they extend their kinetic obsessions to the visual realm in mind-boggling ways: Their Rotary Signal Emitter picture disc, for instance, doubles as a zoetrope when recorded on video — just see for yourself. Their new album, Membrane Pop, finds them turning their noise tactics back on more conventional musical forms. (“I’m aiming to make a coherent, adventurous electronic pop record with its own voice and identity,” says Hayhurst in the press release. “I don’t think experimental music has to be dark, dif?cult or joyless. I try to make something playful, and maybe a little absurd.”) On “Hackle Scam Populator,” their kaleidoscopic take on “pop” is refracted through the lens of predecessors like Jean-Jacques Perry, Broadcast, Stereolab, and Mouse on Mars, while Sutherland brings their bucephalous bouncing ballers’ visions into ultra-vivid focus. (Membrane Pop is out May 13 on Software; it’s available for pre-order on Bandcamp.)

Donato Dozzy, K (Further Records)
For anyone who didn’t get Dozzy’s K the first time around and doesn’t want to fork over $80 or more on Discogs, you’re in luck: Seattle’s Further label has repressed the 2010 album in a new vinyl and CD edition (1000 copies each). For the first time, there’s also a digital edition. In keeping with his work in Voices from the Lake, K offers an evergreen vision of ambient techno in the vein of classic Plastikman, Global Communications, and Carl Craig in Landcruising mode: Lush, hypnotic, dubbed to beyond and back. It’s the next best thing to owning your own isolation tank.