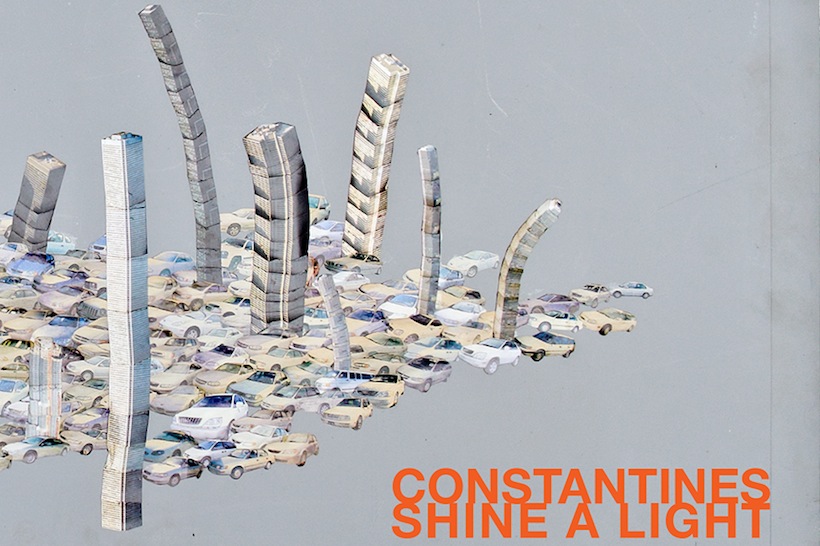 Constantines are marking the 10th anniversary of their most influential album on its 11th anniversary. As the Canadian indie-rock band was first to point out, that makes a certain sort of sense. The Guelph, Ontario-born group’s urgent sound — filtering jagged post-punk, fervent blue-collar rock, and even hints of dub and soul through a rough ‘n’ ready, basement-show mindset — still resonates in the work of more recent bands like the National, Japandroids, and Titus Andronicus. But this five-piece’s timing? Well, they called it quits after four albums in 2010.

Happily, Constantines have reunited for a tour, and today Sub Pop announced it will reissue their beloved 2003 sophomore album Shine a Light on vinyl. With a U.S. street date of June 10 (June 9 in Europe; June 10 in Canada via You’ve Changed Records), the pressing brings back an album that had been out of print on wax since 2006. The 12-track reissue will include slightly changed artwork, plus a seven-inch single containing, from the Nighttime CD single, Talking Heads cover “Thank You for Sending Me an Angel” and fellow B-side “Hotline Operator (2003),” as well as, from the Young Lions CD single, a CBC Radio 3 recording of Royal City cover “Raw Youth.”

The Shine a Light reissue will also be available as a limited “Loser Edition” on orange vinyl. Look for that at select independent record stores or via preorders from Sub Pop.

Separately, Constantines leader Bry Webb has unveiled a solo album, Free Will. That’s due out May 20 via Idée Fixe Records. He’ll be playing solo dates opening for Sub Pop’s own Chad VanGaalen.

Listen to “Young Lions” below, click here for Constantines’ Sub Pop playlist, and scroll down for the track list and tour dates. This is your kingdom: