Rising D.C. band set to release 'Bodies and Control and Money and Power' 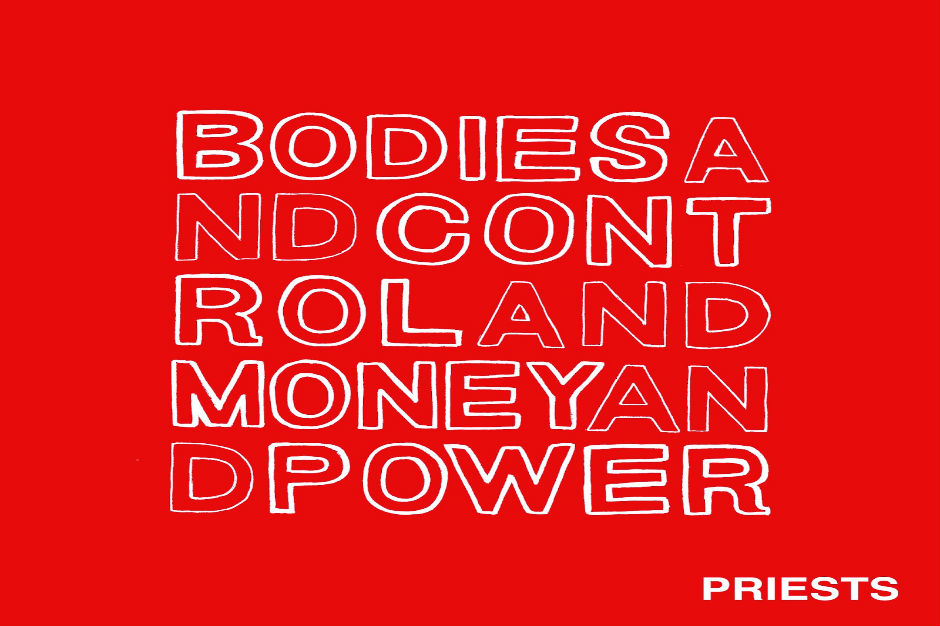 Last week, Washington D.C. post-pop punk band Priests announced that their new album, Bodies and Control and Money and Power, will arrive on June 3. The four-piece signed with Don Giovanni Records late last year after releasing a few cassettes and a single on their own Sister Polygon label. Today they share the first track, “Right Wing,” a three-and-a-half minute jangly guitar number that finds lead singer Katie Alice Greer snarling over phrases like “worship me, worship me” and “I’m not trying to be anything.” It’s an infectious little middle-finger of a song that has us clamoring for the rest of Bodies as soon as possible.