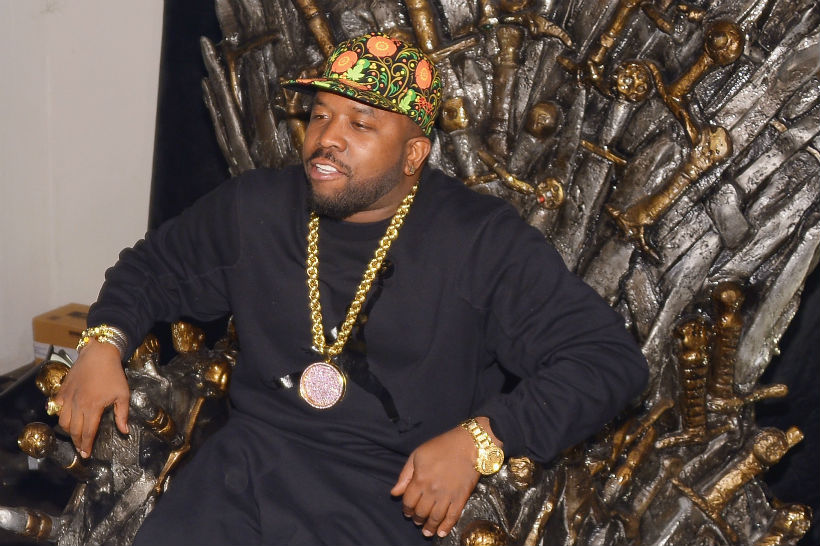 HBO’s hit fantasy series Game of Thrones has fans in acts like CHVRCHES, the National, and the Hold Steady, each of whom have covered or collaborated on songs for the show. But now, as the Wall Street Journal reports, the cable network is looking to expand its demographic into the “urban” market with a rap- and Latin-centric mixtape featuring Outkast’s Big Boi, Wale, Common, Daddy Yankee, Bodega Boyz, and more.

The best part of the 10-song project is without a doubt its title: Catch the Throne. Big Boi, a fan of the show who’s seen every episode so far and hosted a GoT party for HBO last month, reportedly raps “dungeons, dragons, kings, and queens!” over “a military march-style instrumental track.” Wale, meanwhile, boasts that he can “use my king, knack for words, as an actual sword / I can decapitate a rapper.”

Meanwhile, Common astutely compared the thing to the efforts of a certain group of kung-fu-loving rap gods: “Twenty years ago, Wu-Tang was breaking ground. Nowadays, people are open to anything. There are no limitations in hip-hop culture.” Catch the Throne is expected to be released this Friday, March 7, while the fourth season of Game of Thrones premieres April 17.