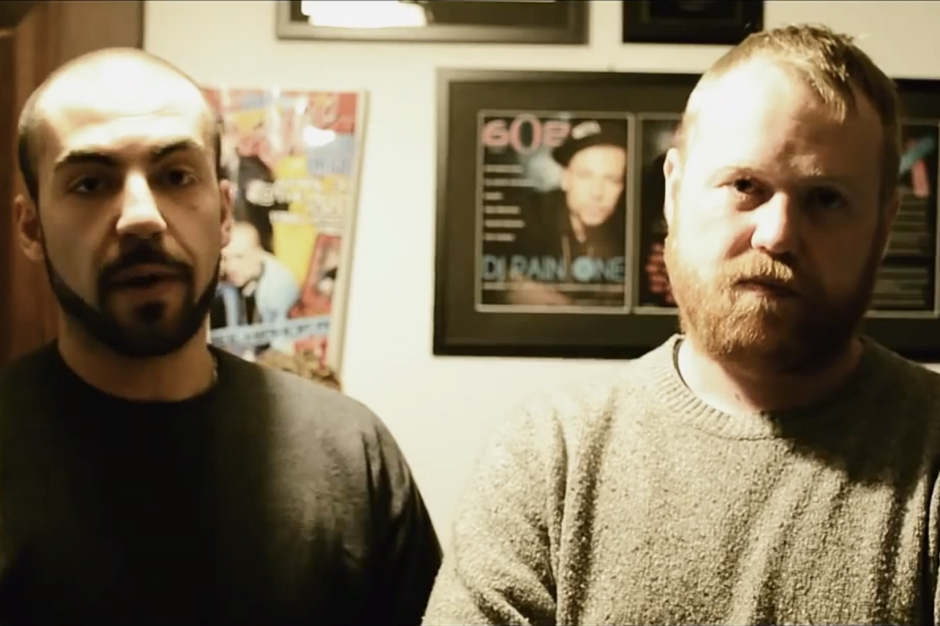 Platinum producer DJ Pain 1 and experimental rap pioneer Sole are teaming up for an album. Dubbed DEATHDRIVE, the forthcoming set aims to “eschew the rapper persona of martyr/prophet and speak from the riot line,” combining the Anticon founder’s knack for incisive political invective with the trap-addled sonics of a beat-master best known for his work with Young Jeezy, 50 Cent, Juicy J, 2 Chainz, and Gucci Mane, to name a few. The first taste of their unlikely collaboration is below and it’s powerful stuff.

“Coal” finds Sole clear-headed and fierce: “Tell ‘em Tim Holland was not a rolling stone, he was a brick / Through the window of the U.S. mint, fuck what they represent.” Meanwhile, Pain 1 gives the Denver-based MC a forceful platform, and guest singer Decomposure takes shots at Steve Jobs’ legacy on the hook.

The pair are funding DEATHDRIVE on Indiegogo, and offering an array of rewards for supporters, including an Apples to Apples-like card game, a “producer kit” of samples assembled by the Madison hitmaker, shirts, and medallions.