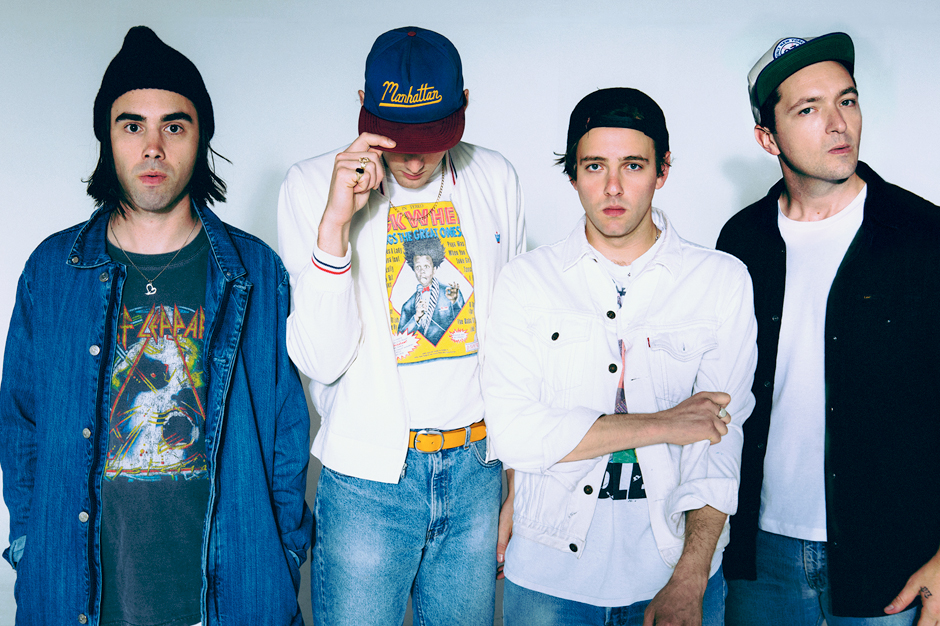 SKATERS spew out windswept pop-punk that salutes (and skewers) the foursome’s adopted home of New York City. Vocalist Michael Ian Cummings and drummer Noah Rubin grew up together outside Boston, and guitarist Josh Hubbard hails from England, but, as Rubin tells it, the band (which includes bassist/New Yorker Dan Burke) was founded on a mutual love of late ’70s NYC punk. “We moved here excited for New York to be that place,” he says, “and instead it was a very competitive and fragmented artistic environment.”

Enter Manhattan, SKATERS’ debut album, an 11-track portrait of life in the Big Apple. Recorded at the legendary Electric Lady Studios and due out February 25 via Warner Bros., the upcoming effort splices together bits of found sound (the mechanized rumble and automated announcements that echo through the subway system, children yelling in Brooklyn, girls talking way too loudly in a café) with hooky critiques of rich kids who pretend to be broke, memories of late nights lost in bars, and more.