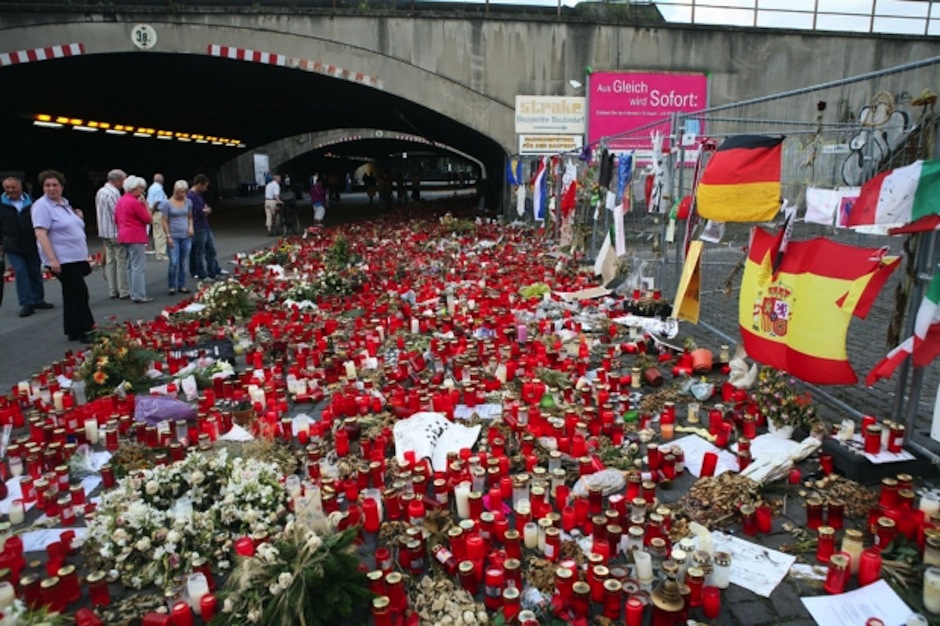 Almost four years ago, 21 people died and hundreds of other suffered injuries after a panic broke out among the hundreds of thousands of music fans at the Love Parade festival in Duisberg, Germany. Earlier today, as German broadcaster Deutsche Welle reports, Duisburg prosecutors filed criminal charges against 10 people over the tragedy.

The defendants — six city employees and four who worked for festival organizer Lopavent — face charges including involuntary manslaughter and bodily injury caused by negligence. The charges carry a penalty of up to five years in prison. The prosecutors said the suspects, who weren’t identified, deny the charges. The prosecutors also said they decided against charging six other people due to lack of evidence.

Michael Schwarz, a senior public prosecutor in Duisburg, said two factors caused the tragic deaths. One, he said, consisted of “fatal errors with the planning and approval of the event.” The other was ” a lack of monitoring safety-relevant requirements on the day of the event.”

It’s now up to a court to determine whether to send the case to trial.