Apple plans to crash this year’s South By Southwest with its very own music festival. The iTunes Festival, a free concert series held annually in London, will make its U.S. debut in Austin this March, in conjunction with SXSW. In England, the iTunes Festival runs for 30 days, hosting nightly performances for a full month. The U.S. edition will only span five days, from March 11 through 15, and will take place at ACL Live at the Moody Theater, where PBS’ Austin City Limits tapes.

Coldplay will play the opening night of iTunes Festival at SXSW, along with Imagine Dragons and London Grammar. Pitbull, Zedd, and G.R.L. are booked for March 14, while Keith Urban, Willie Nelson, and Mickey Guyton are set to take the stage on March 15. Lineups for March 12 and 13 have yet to be announced. The roster for last year’s London showcase included Lady Gaga, Justin Timberlake, Kendrick Lamar, Vampire Weekend, Queens of the Stone Age, Phoenix, and the Pixies.

Like the iTunes Fest in London, the SXSW performances will be live-streamed and available on demand through the iTunes Store, iTunes Radio, Apple TV, and on Apple devices. Speaking to the Associated Press, Apple executive Eddy Cue explained the thinking behind the SXSW team-up. “It’s got a great vibe for music, and it’s centrally located, so timing-wise it works well to broadcast across the U.S.,” he said. When asked if the upcoming event will become an annual franchise, he said, “We’ll see where it leads us. I can tell you when we did the London one for the first time, we did it for a week in London and look what it’s become.”

Tickets for iTunes Festival at SXSW are free and available to anyone already registered for SXSW. For details on how to enter a drawing to win tickets, check out the SXSW website. 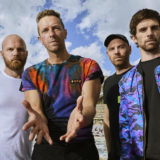