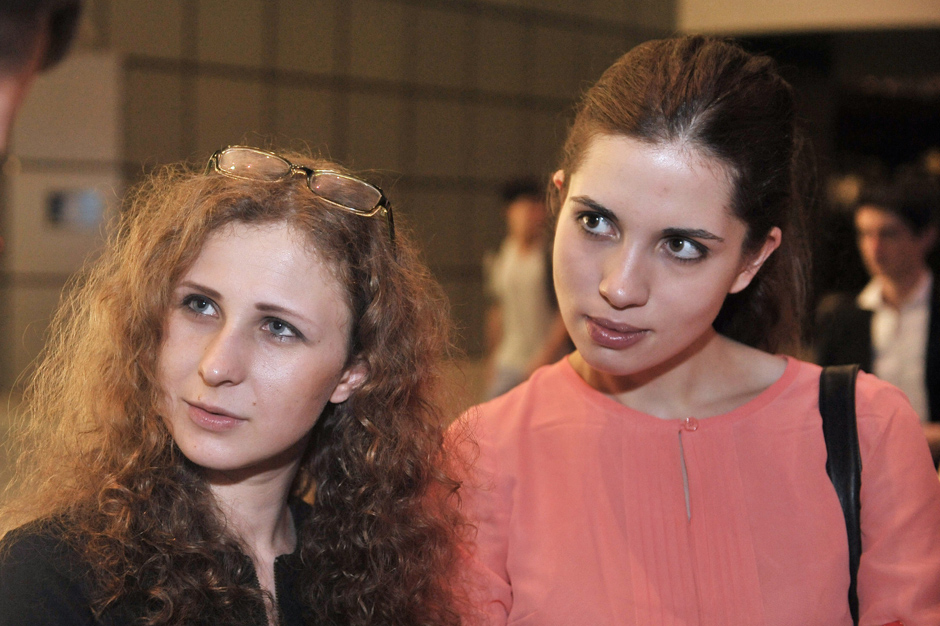 The recently freed members of Pussy Riot are coming to Brooklyn’s Barclays Center on February 5. Nadezhda Tolokonnikova and Maria Alekhina were released from Russian prison on December 23 after serving 21 months for staging a musical protest against President Vladimir Putin in a moscow church, and they’ll be speaking at an Amnesty International concert dubbed Bringing Human Rights Home. The Flaming Lips, Ms. Lauryn Hill, and Tegan and Sara are among the performers booked.

“We are happy to support Amnesty International’s work on behalf of human rights and political prisoners,” said the pair in a statement. “We, more than anyone, understand how important Amnesty’s work is in connecting activists to prisoners. A month ago, we were freed from Russian prison camps. We will never forget what it’s like to be in prison after a political conviction. We have vowed to continue helping those who remain behind bars and we hope to see you all at [the] concert!”

According to Amnesty International, Tolokonnikova and Alekhinaddress will speak about “prisoners of conscience — people who have chosen a non-violent path yet are jailed for their beliefs, color of skin, gender, or sexual orientation.” Pussy Riot recently announced their intention to start their own human rights organization in a press conference. Other talent booked for the event include Imagine Dragon, the Fray, Cold War Kids, Colbie Caillat, and Cake, but more will be announced.