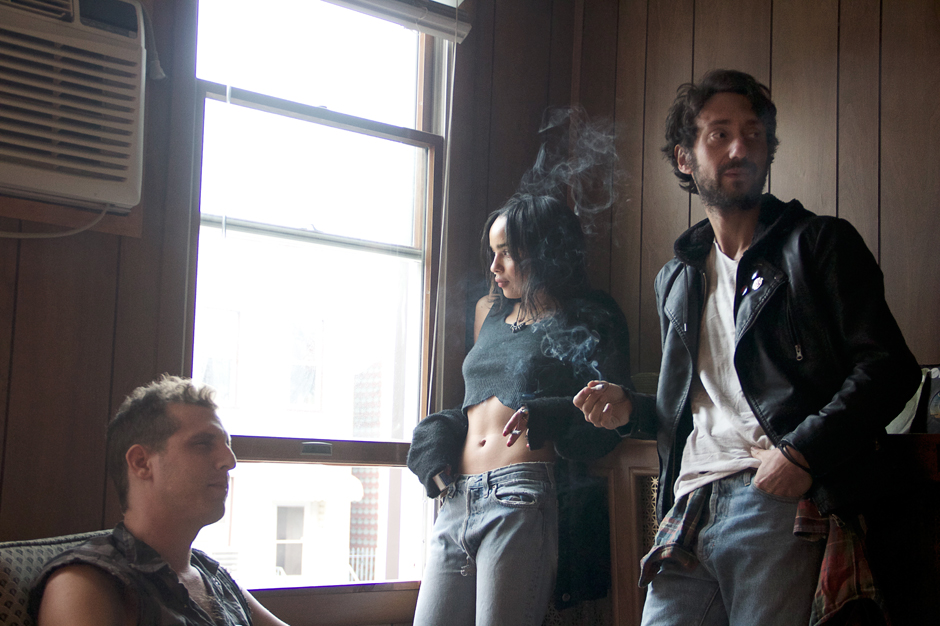 Lolawolf’s debut EP begins with a, um, bang: “Would you take me to the west side? / Would that be alright?” Zoë Kravitz coos on “Drive (Los Angeles)” before finishing the couplet: “I could stare out your window / And fuck you tonight.” But there’s something in the dead-eyed delivery that separates this from a standard come-on. In a dryly comic turn, the singer/model/actress (Californication, X-Men: First Class, After Earth) reveals that she doesn’t own a car, while the track blooms with billowy synths and gorgeous vocals.

A song later, on the surging and sprightly “What Love Is,” she blithely asks about that titular quandry, and then coquettishly adds, “I really hope that it’s not you.” Backed by Reputante members, James Levy and Jimmy Giannopoulos, Kravitz unspools five tracks of electro-tinged alt-R&B. The self-titled set arrives February 4 on Innit Recordings, but you can stream the entire thing right now, right here.