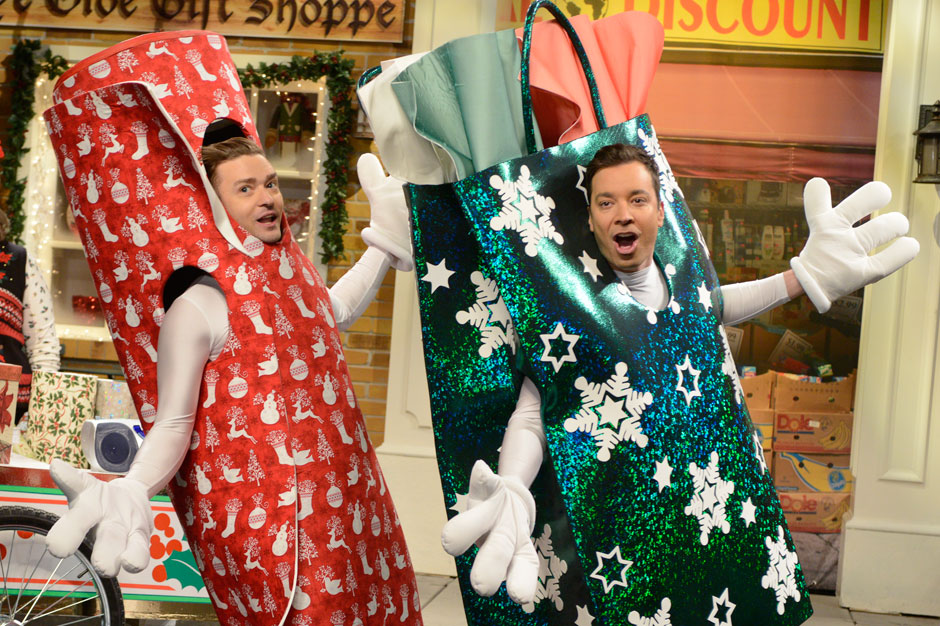 Justin Timberlake may have underwhelmed with his latest musical performance on Saturday Night Live, but the December 21 broadcast did not disappoint in the ratings department. As Deadline reports, the always potent combination of JT and SNL alum/Late Night host/future Tonight Show prince Jimmy Fallon helped draw the late-night variety show’s biggest numbers in almost two years.

December 21’s episode averaged a 6.3 rating in Nielsen’s 56 metered markets, and a 3.9 rating in the much-coveted adults ages 18 to 49 demographic in the 25 markets with Local People Meters.

Those figures represent SNL’s highest scores in those two categories since the January 7, 2012 episode hosted by former NBA star Charles Barkley with musical guest Kelly Clarkson. The Barkley-Clarkson telecast averaged a 7.0 and pulled in a 4.1 rating among adults 18 to 49, thanks to some help from a primetime NFL overrun. Football boost excepted, the Fallon-Timberlake team-up earned SNL’s best ratings in two and a half years, since the May 2011 season finale, which was hosted by Timberlake and featured Lady Gaga as musical guest.

Looking ahead, SNL has already locked down its first host and musical guest for 2014: Drake will pull double duty on January 18. In case you missed it, read SPIN’s breakdown of SNL’s latest episode.