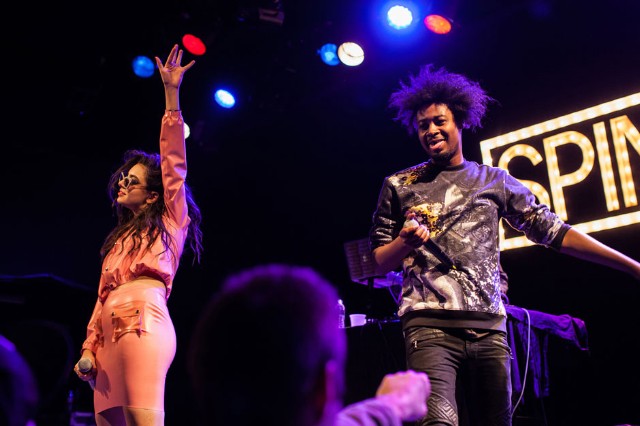 To help celebrate another year in music, SPIN and Virgin Mobile threw a wild shindig at Brooklyn’s Music Hall of Williamburg starring some of our favorite artists of 2013: Danny Brown (the mind behind our No. 12 album of the year), Superchunk (the vets behind our No. 45), and Charli XCX (the emerging star who made our fifth favorite pop album). The whole party was hosted by Hannibal Buress — who didn’t make our lists, but definitely had one of the best Twitter spats — and featured the debut performance of a new song that Charli and Danny have been working on together. Check out our photos of the night someone rapped gibberish with three ballerinas. Thanks to Tiger Beer.