"Universally Speaking," dude may have to "Fight Like a Brave" or "Taste the Pain" 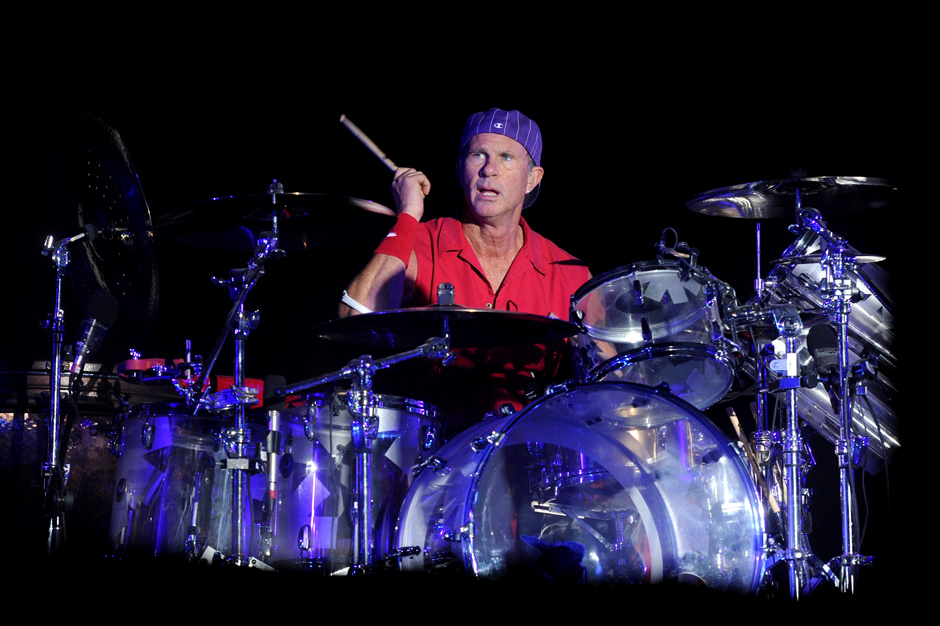 Red Hot Chili Peppers drummer Chad Smith has made a grave tactical error: he’s insulted Brazil’s most popular soccer team Flamengo, while standing on Brazilian soil. In the clip below, he can be seen opening up a gift given to him by someone in the crowd at a drum clinic in Belo Horizonte on Sunday. He tears back the plastic to unfurl the instantly recognizable jersey of Clube de Regastas do Flamengo and the crowd goes wild. So far so good.

Then he holds the garment up in mock triumph, and then proceeds to shove it down the back of his pants. Yes, as TMZ chose to word it, Smith wiped his ass with the thing, and then tossed it over his shoulder while someone in the crowd tossed something at him. Jeers replaced the cheers and all was not well, despite his attempt to save face by saying, “I love everybody.” The comments on the YouTube clip include threats of death and serious violence.

To make matters worse, Red hot Chili Peppers are booked to play Rio on Saturday, November 9. Today, Smith apologized on Twitter. Probably a wise move. Still, we’d suggest that both Smith and his doppleganger Will Ferrell lay low for a few days.

I want to apologize for my inappropriate antics at the drum clinic,my joke about team rivalries went too far. Flamenco fans…I’m sorry.