Rap Songs of the Week: Juicy J Goes Back to His Roots on Da Mafia 6ix’s ‘Body Parts’

CREEP ft. Dark Sister, “Jessica King”
Echoes, the way-too-long-in-the-making album from Brooklyn cool-goth duo CREEP, finally arrived this week, and woah, it kind of sounds like a melted Popol Vuh record remixed by two Kate Bush fans and assisted by every dark-arts-dabbling Brooklynite! That’s a good thing, by the way. On “Jessica King,” they’re paired with Memphis white-girl rap group Dark Sister, unabashed KORN fans and period-blood provocateurs doing their own take on the evil-whispering flow of Satan-summoning hometown heroes Triple Six Mafia, here delivering an obsessive, incantation-like, astral-plane-traveling rap from the beyond the grave that imagines Christina Rosetti ghostwriting for Gangsta Boo. “Never far away, on the other side I wait / I can see you through the haze of the physical / This new world is mystical.”

Da Mafia 6ix, “Body Parts”
The assumption has been that in the light of Juicy J pretty much going Disney crunk on everybody, he alienated his longtime Three 6 Mafia partner DJ Paul, and as a result, Paul’s now digging his heels in with new project Da Mafia 6ix, sending Three 6 back to even their pre-club-hit days without the guy who’s too busy blabbing on Katy Perry cuts and low-key killing their underground legacy. But Juicy kicks off this epic posse cut (technically the fourth “Body Parts” track) with a typically vicious and stumbling double-time flow over chopped Wagner-esque vocals and sub-Argento movie synths, and it should warm your evil-Memphis rap-loving heart. And Kokoe, Point Blank, JGrxxn, Locodunit, Skinny Pimp, Gangsta Boo, Crunchy Black, La Chat, Lil Whyte, Lord Infamous, Koopsta Knicca, and DJ Paul keep the kill-yer-azz rap volley going. 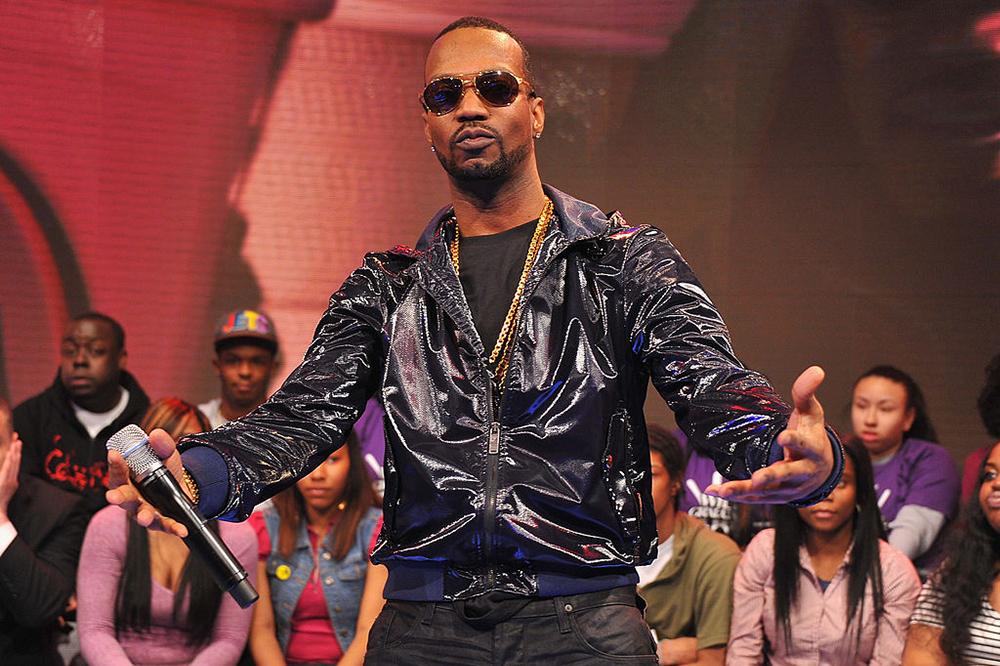 G-Side, “4Ever”
Hey, G-Side are back! And just one year after they broke up, which very well could’ve been long enough for these hyper-sincere hustlers to lose that real-talk space-rap spark that made them so vital for a few years there. But man oh man, it’s all here: the thrilling cornball sturm and drang, one part trance cheez, another part transcendent ’70s sci-fi-flick soundtrack. There’s even an extended audio clip from dude-bro movie classic The Beach, used, in typical G-Side fashion, to remind you that all this shit could fall apart at any minute, again! “Nothing lasts forever,” young Leo DiCaprio declares, back before his head got ginormous and he was still a babe. Meanwhile, Clova, who was getting his Future on solo, returns with the seething, damn near demonic delivery he discovered on the group’s last album, iSLAND. And ST once again has a partner to counter his boot-stomp bray.

OXYxMORON, “The Woods”
More regular-ass rap dudes doing top-shelf country-rap tunes that never really got their due. “The Woods” is from Florence, South Carolina’s OXYxMORON, a barely buzzing, incredibly confident group from last year who finally released a video for this highlight from their mixtape of the same name. “The Woods” is their way of owning up to their Deep South heritage on their own terms (“Y’all say we from the sticks / We say we from the woods”), addressing poverty with a stiff upper lip (“The mysteries of life bother me as I wake up at night / The power off, I guess my daddy couldn’t pay on the lights”), and cogently questioning American foreign policy: “I want America to please pull them out the Middle Eas t/ First, let’s take care of these streets / We sending food overseas while our homeless barely eat / And half of them be veterans who fought to keep us free.” In the video, they go fishing. Fishing!

Young Jeezy, “Foul Play”
Jeezy, delayed over and over again over at Def Jam despite knocking out a ton of street hits gone pop in an era when EDM looms over most MCs’ chances of crossover, deserves our sympathy, for sure. Then again, if the album he’s now threatening to leak because the label keeps dicking him around sounds anything like “Foul Play,” then he shouldn’t be too surprised that they don’t know what to do with him. Drumma Boy makes a trap track out of Halloween sound signifiers (eerie synths, Phantom of the Opera organs), and then Jeezy belches murder threats and coke-selling shouts over top of it. Boilerplate Jeezy in a way, but everything’s been tiled towards minor-chord mean-mugging melodrama, so it sounds a little more evil than usual. Secret is, if Def Jam let this thing on the radio, it’d be massive.