Rihanna Violated the Sanctity of an Abu Dhabi Mosque 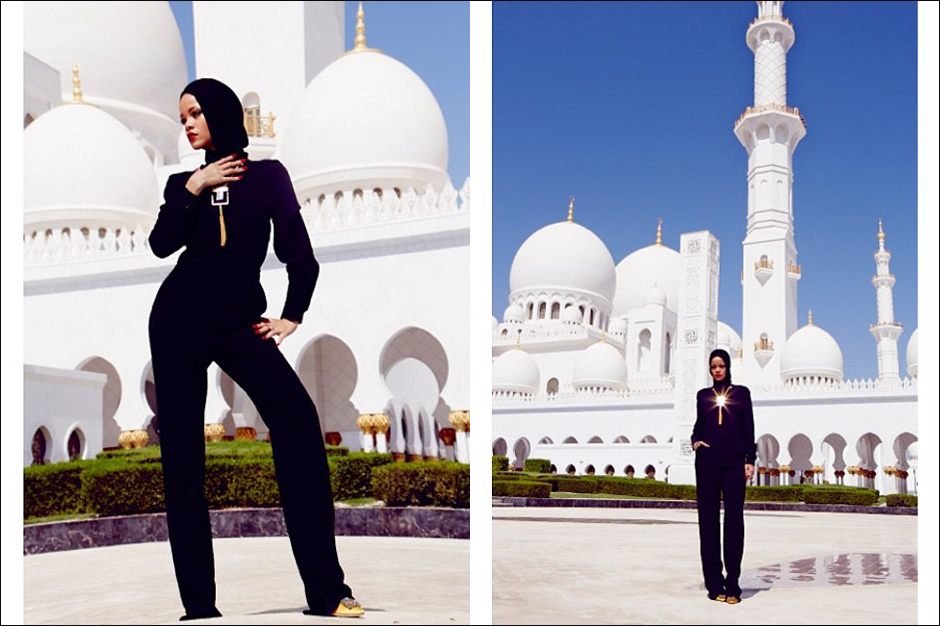 Rihanna was asked to leave a mosque in Abu Dhabi after she was spotted posing for photographs on the grounds. Though she was clothed in accordance with the Grand Shiek Zayed Mosque’s guidelines — in black, with only her face and hands showing — she was given the boot because the photos were not in sync with the “status and sanctity of the mosque.” Possibly because the results looked like a Vogue fashion spread and were shot by professional photographers.

A statement from the mosque published in local papers (via Associated Press) also said that the iconic Unite Arab Emirates landmark is not open to visitors. However, the capital city’s official tourism site lists the Grand Sheik Zayed Mosque as the first attraction under its “What to See” tab, adding, “Why not finish sight-seeing or shopping for the day and take the 5pm ‘Sunset Tour’? Get to the mosque around 4:30pm – a wonderful time to take photos.”

Rihanna shared three photos to her Instagram feed, as did photographers Steven Gomilloion and Dennis Leupold. The images have received a great deal of negative comments thus far.