Hear Drake’s ‘Come Thru’ Barbed With Synths by James Blake 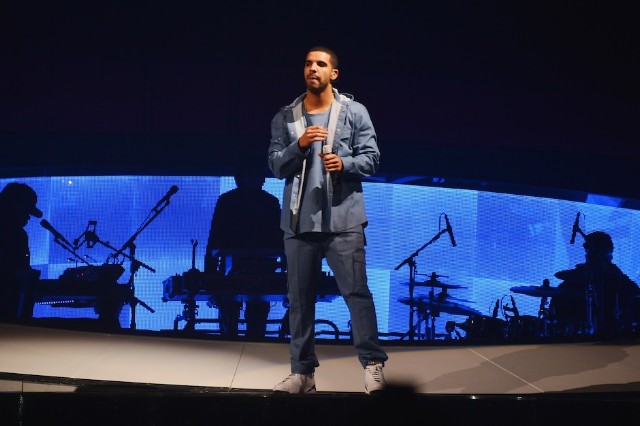 With apologies to DJ Khaled, it’s Drake who’s truly global these days. First up, U.K. producer James Blake has shared a remix of the Canadian rapper-singer’s Nothing Was the Same bonus track “Come Thru,” and the results are immediately striking in a couple of ways.

Where the Noah “40” Shebib-produced original comes as an airy balm after the album proper, Blake brings out the song’s underlying tension through jagged yet still glistening synths. “Why has it been so long?” Drizzy sings at a key moment on the official track, and though Blake does away with that moment, he brings out the frustration behind its yearning sentiment. What’s more, Blake performed at Drizzy’s 2013 OVO Festival, and the rapper has been a long-documented fan of the producer — to the point that the two artists’ styles combined surprisingly well on 2011’s James Drake mash-up album — so their meeting here is especially welcome. Listen below.

Back in North America: Before the album release, Drake shared 30-second video trailer, all maple-leaf flags and triumphal horns. The music, which Hit-Boy then confirmed he co-produced with Rey Reel, got a longer airing during a show last night at Brooklyn’s Barclays Center, where Drizzy’s DJ played about a minute of the track during an intermission (via Miss Info). The lyrics include: “I do not stay at the Intercontinental / And anything that I got is not a rental / I own this motherfucker.” Watch that below.

And scroll down to see Drake bring out an assemblage of New York-based talent at the October 28 gig. That includes Busta Rhymes for his 1997 “Put Your Hands Where My Eyes Could See,” A$AP Ferg for his “Work,” and the full A$AP Mob for “Shabba,” plus A$AP Rocky on “Fuckin’ Problems.” Let’s see: London, Toronto, Brooklyn, Harlem … no wonder Kendrick Lamar is coming for Aubrey Drake Graham.