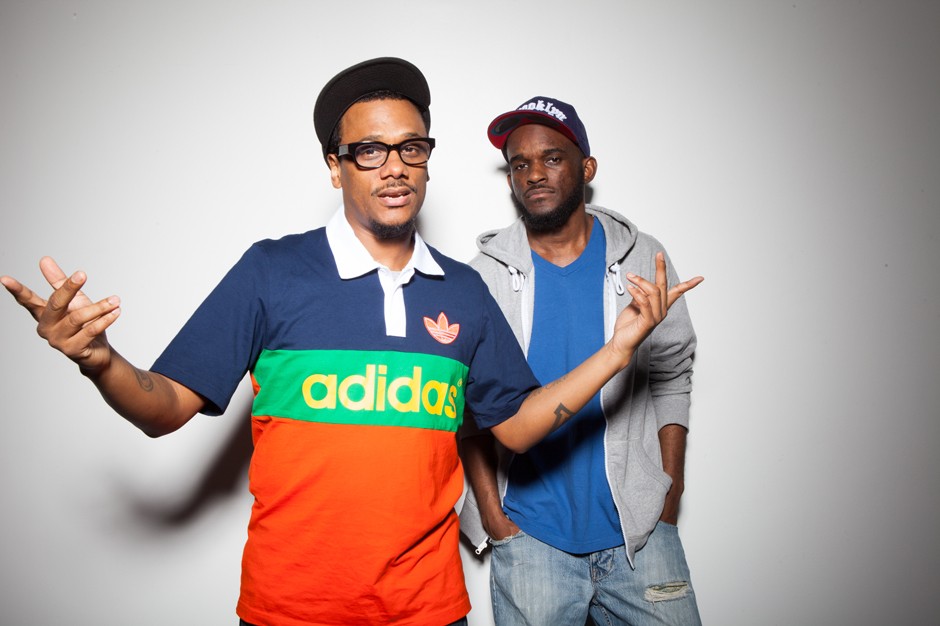 Tanya Morgan is a rap group. That’s the barebones title of the Brooklyn-to-Cincinnati group’s 2008 mixtape but it’s more than just a play on their atypical name — that no-nonsense designation clues you in to their whole vibe. Von Pea and Donwill are rappers’ rappers: direct descendents of the soulful, smart legacy of De La Soul and their D.A.I.S.Y. Age ilk. They’ve been doing their thing for a minute now, and took a bit of a hiatus when founding member Ilyas left, but there’s no better time for the return of Tanya Morgan. With the rap game as wide open as it is, the traditionalists are as welcome as the left-fielders, and Rubber Souls is an excellent example of the kind of head-down, mind-in-the-clouds work that they do so well. Backed by the beatwise touch of 6th Sense (B.o.B., Outasight), the two MCs flex over 10 songs that range from aspiration meditations like “The Only One” to playful word-twisters like “All Em (Girls).” The album is available now on iTunes courtesy of Imprint One80 Inc.