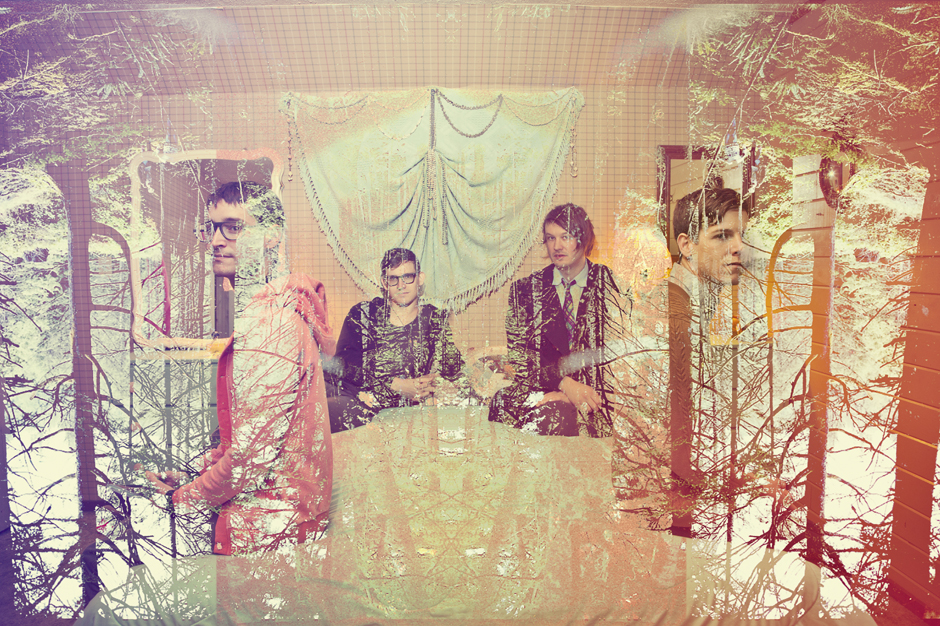 Portland’s STRFKR (or “Starfucker,” if you prefer) are right at home amidst the various strains of disco resurrecting via massive pop-culture moments like Drive and Daft Punk’s Random Access Memories. Of course, the electronipop posse have their own approach — a heavily psyched vision that plays, at times, like a more humble approach to the solar flare-ups of Empire of the Sun. The quartet is currently on the road in support of their most recent album Miracle Mile (you can stream it for free on SoundCloud) and in support of that they’ve employed Skeletron to give LP cut “Golden Light” an Italo-drenched remix. Technically, Skeletron is actually STRFKR by (yet) another name, but the end result speaks for itself, plus gets a vocal assist from late philosopher Alan Watts, whose famous speech on nothingness is sampled toward the end. The “Golden Light (Skeletron Mix)” appears on the group’s tour-only 12-inch, and right here: