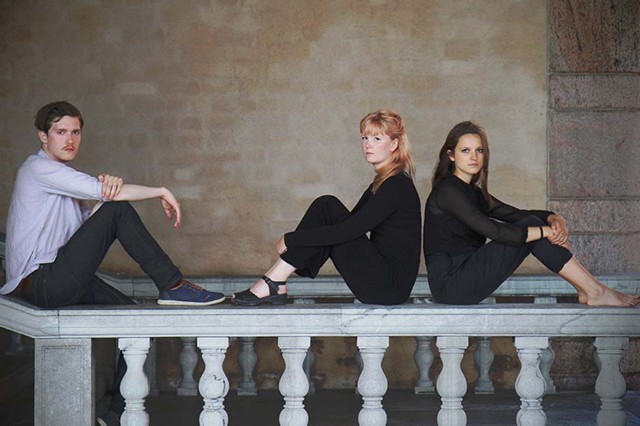 It’s been a heavy few years since Museum of Bellas Artes burst out of Sweden like a beam of Balearic sunlight, and that’s audible in the arty electro-pop outfit’s recent output. Their 2009 debut single “Who Do You Love,” a Sapphires cover, clearly belonged to the same beatific realm as Air France or jj’s dazed fantasies, an approach the group refined on later singles like “Bear Cubs” and “Watch the Glow.” On November 11, Museum of Bellas Artes will ship their debut album, Pieces, via Best Fit Recordings — pre-order it here. Recent single “Abyss” (via Gorilla vs. Bear) reveals a bleakly booming change in direction, somewhere betweeen  Zola Jesus and CHVRCHES. Now comes “Twine,” which again pairs the project’s longstanding ornateness and glittering vitality with another foreboding, magisterial tune that could warrant breaking out your best all-black outfit. The shade may be darker, but it’s still never drab.