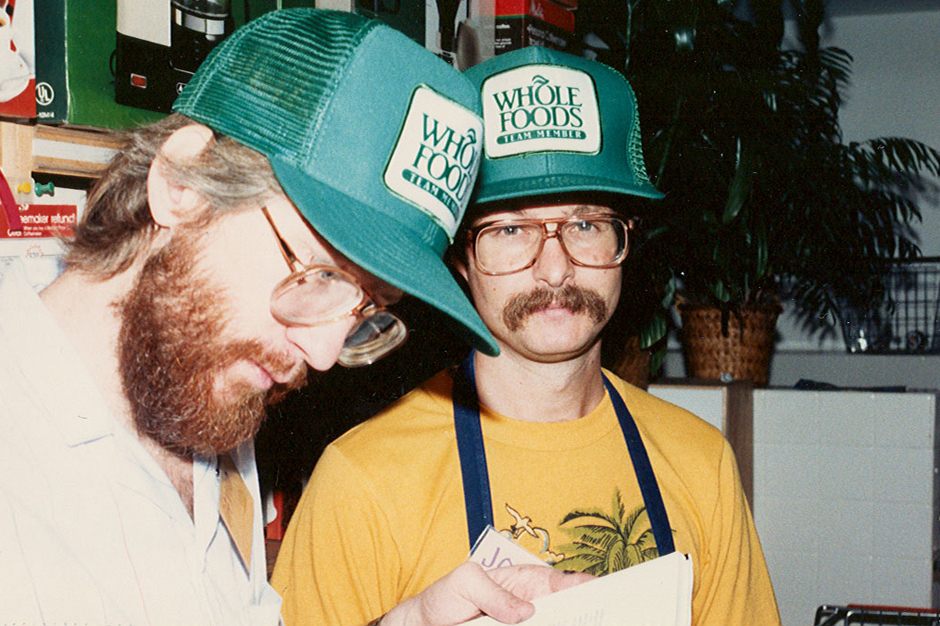 Whole Foods Market has begun selling vinyl at select locations in — where else? — Southern California. On August 13, the organically inclined supermarket chain rolled out its “carefully curated selection” of LPs at five different locations including, as a press release proudly notes, “a wide selection of records, including Frank Sinatra, the Rolling Stones, Daft Punk and Bob Marley.” They’re also selling charity-funding headphones made from reclaimed wood.

Though the program was announced at the start of the month — commemorated with a Dawes performance, of all things, at the West Hollywood store — word has been slow to spread. LA Weekly delivered a fittingly gonzo report from the kickoff, and Hypebot was among those outside of the produce media mafia (we can only assume such a thing exists) to pick up on the news and share the original announcement, which is downright lousy with audio-related puns.

“Whole Foods Market is excited to scratch the surface of the music industry by introducing vinyl records [to] our shoppers who want to turn the volume up on their regular music listening experience,” said a regional exec by statement. “This launch isn’t just about stocking our shelves with something new and different — it’s about listening to our shoppers and giving them access to the things they want — whether it’s their favorite cheese or their favorite way to enjoy music.”

Or their favorite cheesy music gags. The Weekly noted the grocer carried “about 150 different records” including the aforementioned, plus titles from Tegan & Sara, Credence Clearwater Revival, Paramore, and Eric Clapton, while “hip-hop is notably underrepresented, as is any kind of metal.” As for the jam-cans, those hail from LSTN Headphones, a local company that uses furniture scraps in its construction, and which contributes to the Starkey Hearing Foundation.

Other locations serving up these unlikely platters include the Third and Fairfax, Arroyo, Santa Barbara, and Venice stores.