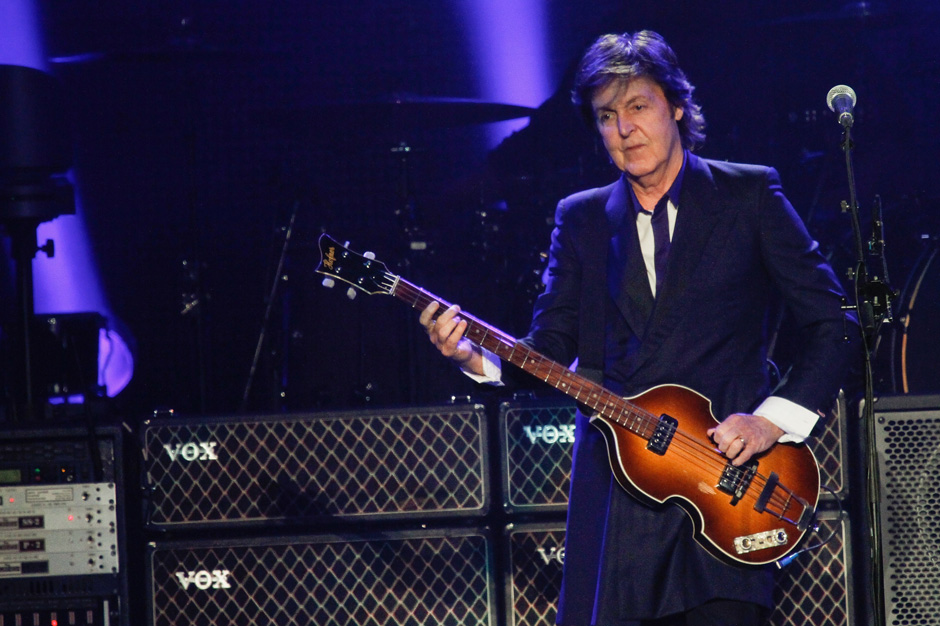 Paul McCartney has shared a new song called, uh, “New.” The track will appear on Macca’s upcoming 16th solo album, which is also titled New. So, in case you’re not catching the hint, Sir Paul’s next full-length will feature all-new material, unlike his previous studio effort, 2012’s Kisses on the Bottom, which consisted entirely of covers and standards. (The last McCartney LP to contain original tunes was 2007’s Memory Almost Full.)

Despite its title, “New” actually feels very much like vintage McCartney. Produced by Mark Ronson, the just-unveiled track harkens back to the 71-year-old tunesmith’s tenure with the Beatles, joyously bouncing along a bed of horns, handclaps, and a barbershop quartet coda. It’s not quite the moombahtoon-meets-Usher mashup Ronson hinted at previously, but the U.K. producer reportedly worked on three tracks with McCartney, so that bizarre gem may still be uncovered. For now, stream “New” below.

New arrives in the U.S. on October 15 and in the U.K. on October 14. The standard edition of the album will feature 12 tracks, while the deluxe edition will boast a total of 14 (via iTunes). More details on the record will be revealed in the coming weeks.