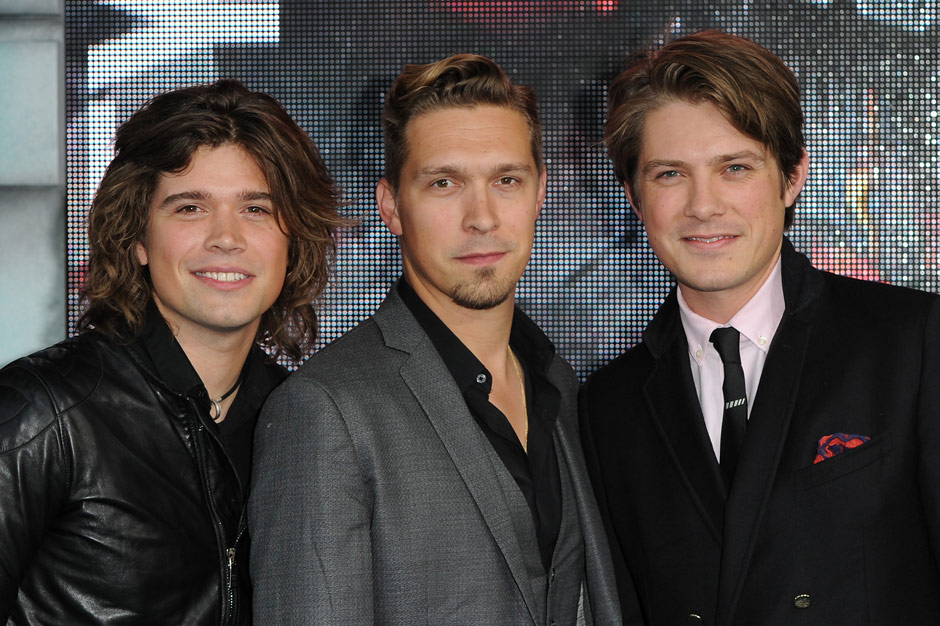 A 25-year-old woman was arrested for stalking “MMMBop” hitmakers Hanson, the Des Moines Register reports. Tulsa, Oklahoma’s Alexandra Eileen Martin was previously ordered to stay away from the three brothers, and is now charged with three counts of violating the directive.

The incident happened Wednesday, August 28 in Des Moines. Martin was initially spotted at the trio’s pre-concert charity walk, where she was said to be “within arm’s reach” of Taylor Hanson, the middle brother. Though the no-contact order says she can’t be closer than 300 yards to any of the brothers, the band apparently declined to take action at that point, not wanting to make a scene during the event.

Later that night, she was seen in the crowd at Hanson’s show at the Simon Estes Amphitheater, where the manager had her arrested. According to Tulsa World, the brothers previously accused Martin of stalking and harassing them over a period of several months, leaving “unwanted notes, gifts as well as keys to her apartment” at their place of business. KRMG also reports that Martin was repeatedly found “hiding outside their homes and vehicles.”

A judge granted the protective orders on June 11, which seems prudent especialy considering the following. The most bizarre — and saddest — part of the story is that Martin admitted to police she moved from he home in Massachusetts to Tulsa, Oklahoma, where the brothers live with their wives and children, in order to be closer to the band. Their biggest hit, “MMMBop,” came out in 1997. Martin couldn’t have been older than 10 at the time.

Hanson on Justin Bieber’s Music: “It’s Chlamydia of the Ear”