"Honestly, the highlight so far has been those titties," 17-year-old Cody Morin said of the concert 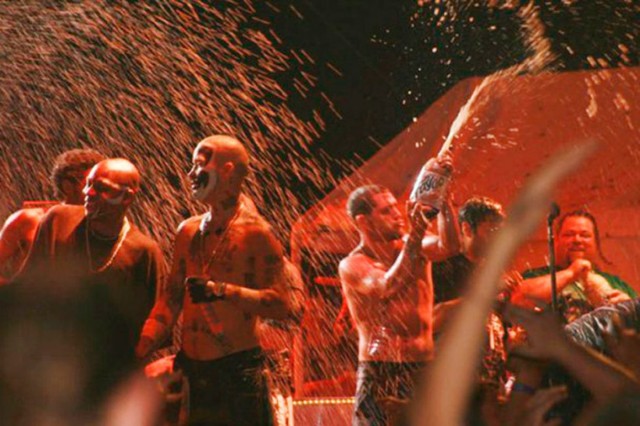 This year’s Gathering of the Juggalos wasn’t a downer for everyone. In fact, for 17-year-old ICP fan Cody Morin, a trip to the Faygo-drenched bacchanal was a dream come true.

As the Village Voice notes, Morin is in need of a liver transplant, but isn’t eligible for the procedure despite having undergone 10 surgeries in the past year. Enter the Make-A-Wish Foundation, who sent the teen — along with his mom, Darla, sister Mimi, and best friend Alias — on a 26-hour trek from Vermont to his first-ever concert. Yes, to the Gathering of the Juggalos.

“It was awesome,” Cody said after meeting ICP’s Violent Jay backstage. “[He] was so cool. He got us all lunch. He said ‘I’m fat. Is anybody else hungry? Let’s get some food up in here!’ and sent a guy on a golf cart away to fetch a feast of burgers, Philly steaks and ribs for everyone to eat.”

But the best part about Cody’s weekend was yet to come. While sitting with his family and Alias, one of the many unclothed lady Juggalos somehow heard about the teen’s illness and decided to give him a lap dance (see the NSFW photo here). “Honestly, the highlight so far has been those titties,” he said.