Fog, WHY?, and Andrew Bird players come together for 'Shoot the Dog' LP 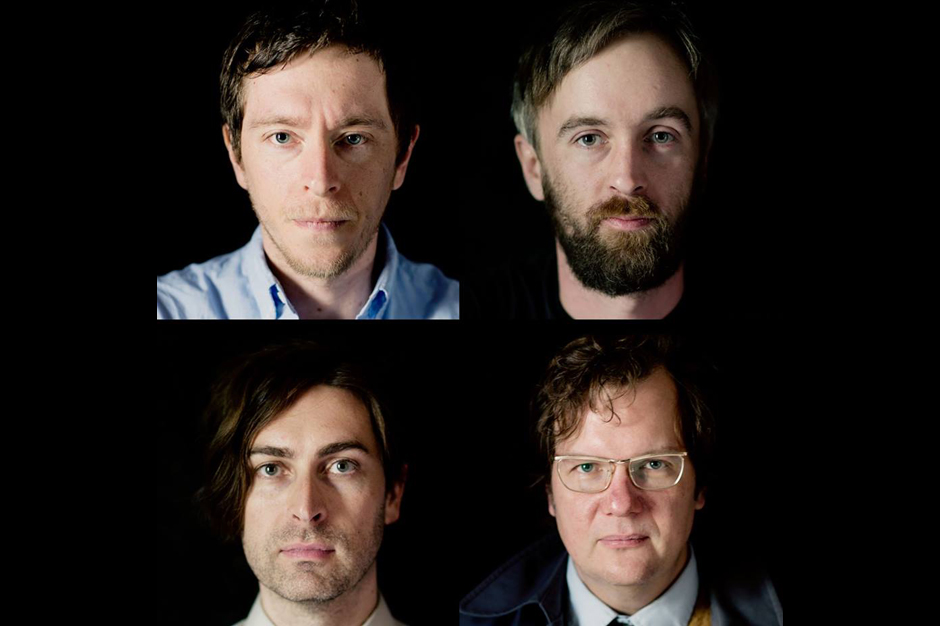 The Cloak Ox is a Minneapolitan supergroup of sorts — four fellas who’ve played together and apart in Andrew Bird’s band, Alan Moore’s Crook&Flail project, WHY?, and Hymies Basement to name a few. Also, they were all in Fog (signed to Ninja Tune in the early aughts), and drummer Martin Dosh is, well, Dosh, the loop-happy one-man band. Pedigrees aside, main man Andrew Broder and his wrecking crew are forging a new path with their most rockist project yet, drawing from inspirations as diverse-yet-sensible as Tom Petty and Funkadelic.

Their debut album, Shoot the Dog, is out on Totally Gross National Product September 17 and features appearances by Bon Iver’s Justin Vernon, TV on the Radio’s Tunde Adebimpe, Nona Marie Invie from Dark Dark Dark, and others. The first taste of the thing is “Pigeon Lung,” a tensely building track that offers some huge moments of epic release, buttressed by curt drumming, arpeggiating guitars, ghostly cooing, and Broder’s own angular poetry. “Fucker, I’m tired of your riddles,” he exclaims at one point, even as he unspools a few of his own.