Why Spotify’s Piracy Study Isn’t Cause for Celebration

Report shows promising signs, but only in the Netherlands 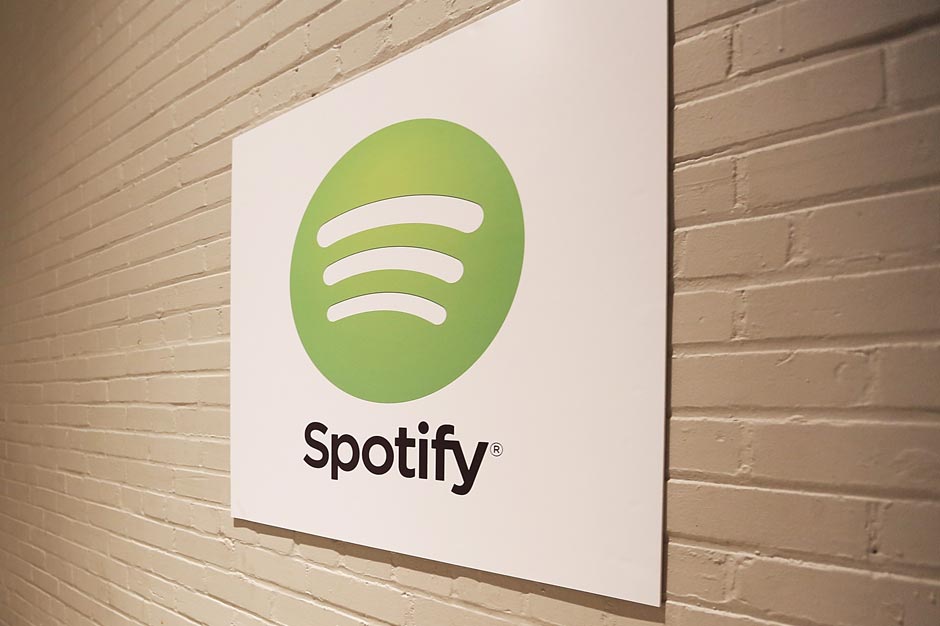 UPDATE: According to a Spotify spokesperson, the company doesn’t break down user numbers by individual country, but has 6 million paying subscribers and 24 million users worldwide. And when it comes to the festival effect on piracy, Will Page had this to add:

“Adventures in the Netherlands saw some unusual evidence of torrents spiking immediately after festival performances in the Netherlands, when studying the case of two specific mid-size bands. This Dutch activity was all the more surprising given that it was in direct contrast with the trends we see in the Nordics and other markets, where we regular see dramatic spikes in streams on Spotify following festival and gig performances.”

There are currently no plans to do a similar study in the U.S. or U.K. markets.

ORIGINAL POST: It’s time to temper enthusiasm for Spotify’s self-congratulatory music piracy study. The research, conducted by Spotify’s Director of Economics, Will Page, and based solely on the Dutch market, purports that artists who choose not to work with the streaming service (ahem, Thom Yorke) see their music downloaded illegally at higher rates than those who offer their music via its platform. Oh, and somehow music festivals lead to increased online piracy.

The report follows news that music sales increased greatly in Sweden, Spotify’s home country, corresponding with the service’s growing popularity there. Which is great news across the pond, but which doesn’t necessarily scale to America’s humungous market. The Netherlands is a country of under 17 million people with 6.8 million residential broadband connections versus the United State’s 313 million population and 82.4 million broadband users.

Then there are the artists Spotify chose in order to highlight the difference in piracy rates between those who stream albums on release days versus those who hold out in hopes of more sales. Over a year, Spotify tracked 14 pop artists, both Dutch and other, and compared their sales-to-BitTorrent ratios. Rihanna and Taylor Swift are shown to be at the bottom, selling around one album for every torrent. At the top: One Direction and Robbie Williams, who streamed their LPs immediately, with roughly four albums sold to each illegal download. No actual sales figures are given here, but it’s also worth noting that One Direction had their own Spotify app, and Williams didn’t sell nearly as many copies as either Swift or Rihanna.

Equally eyebrow-raising are the facts the study leaves out. For instance, illegal downloading rates in the Netherlands before November 2011 aren’t included.

As for the claim that music festivals lead to increased piracy, the study used an unfairly narrow sample. Gers Pardoel and Racoon, who both played the Stöppelhaene Festival in 2012, experienced torrent spikes in the two weeks following the event, as sales and streams were static. But there are no hard numbers given, and the only semblance of a conclusion the study offers is that fans want “instant gratification” after a gig. 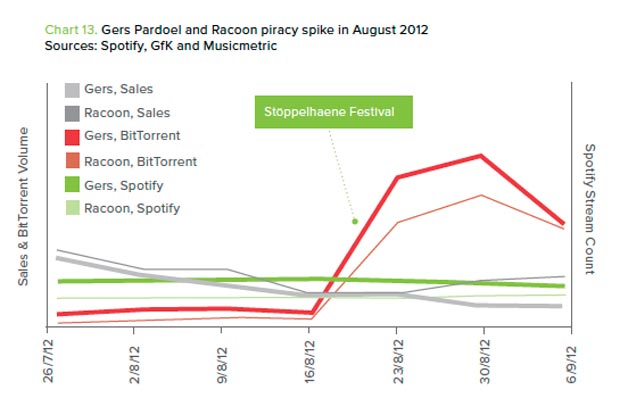