The Cali gnashers put a little napalm back in their hearts 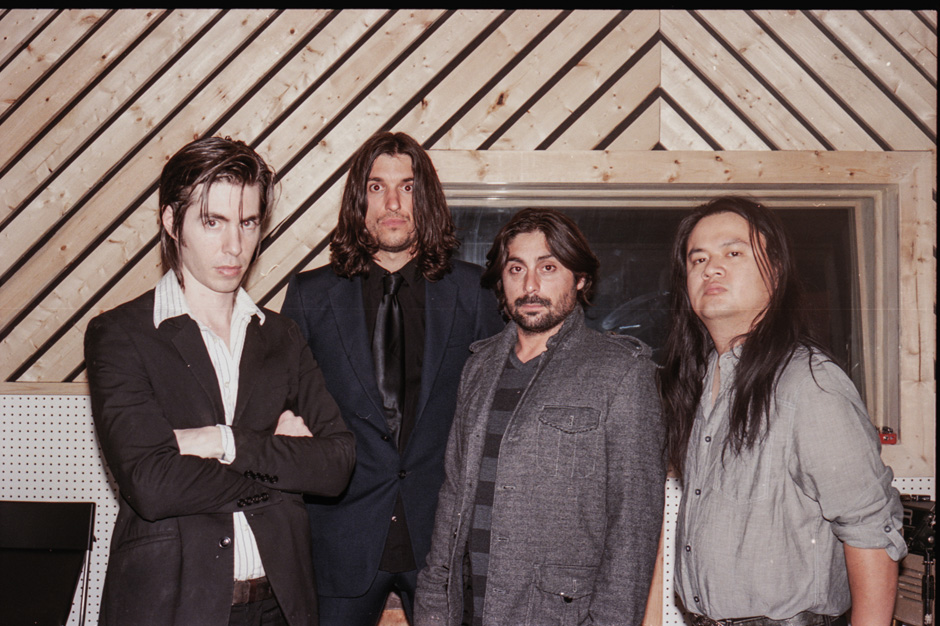 The bad-boys of internet 1.0, the Icarus Line, have abandoned the nü-romantic/Birthday Party/shoegaze sexiness of their last few records and have dove headfirst into broken glass for something a little more feral and fanged. Fifth album Slave Vows welcomes you to the Funhouse, with seven- and 10-minute long dirges that cycle with crusted-over riffs, desperate yowls, interminable drones, and at least one song that devolves into the type of Albert Ayler-fueled noise breakdowns beloved by the Stooges and MC5. Recorded live in the studio, this is an album bursting at the seams with disgusting feedback and no-fun vibes, crashing a Wooden Shjip into Suicide-al freakouts, bringing a little Detroit grime to blot out the warm California sun. Grab a jar of peanut butter and stream the whole thing before its August 6 release date.