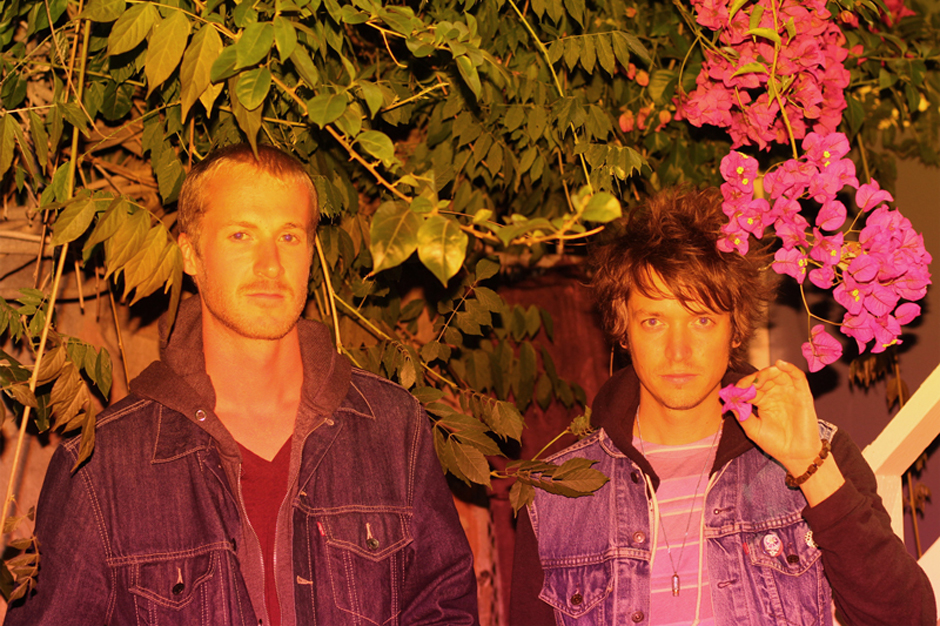 Since moving to San Francisco from Nashville to form Evil Eyes, Greg Mabry and Joe Frabotta have self-released a couple of two-song singles and an EP. They’ve also expanded into a full band with bassist Aleks Bars and drummer Brian DaMert. On July 24, Evil Eyes will put out their debut album, Borderlines. They’ve described their sound as falling somewhere between Echo and the Bunnymen and Fleetwood Mac, and the first song from the album, “Shake the Dust,” does indeed mix the gold-dust (hey!) propulsion of the Mac with Echo’s moody lockstep. This dreamily rustic style also places them in a lineage of bands like Midlake, the Shins, and Grandaddy, and it’s on vibrant display here, with whispery whoops and crystalline guitar leads.