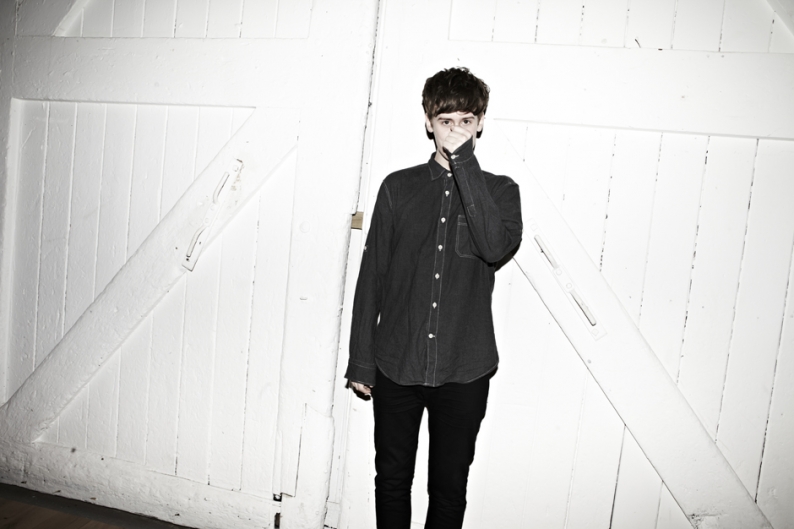 James Holden’s 2006 album was called The Idiots Are Winning, and, given how little impact the record made at the time, it was easy to share in his despair. But maybe the meek will inherit the earth after all, because Holden’s elliptical style of techno has been turning up all over the place recently. After Four Tet and Jon Hopkins, a 19-year-old Mancunian producer called Howes is the latest musician to make good on the ecstatic, eccentric promise of Holden’s seven-year-old rallying cry.

“Leazes,” from Howes’ debut EP, throbs and warbles in a way that’s distinctly Holdenesque, but that’s not to say that it’s derivative. The melody seems to have been made with a whirly tube, and the pumping, swinging house groove beneath — drum machine facing off against nervous ride-cymbal tattoos — is all muscle memory, the kind of thing you can’t fake.

The singularity of Howes’ vision is readily apparent across the EP. The shuffling, slow-motion house of “Asiko” sounds like DJ Sneak sipping drank in a cistern, woozy and reverberant. “TD-W700,” not much faster, pairs narcotic electro with redlining 909s, queasy organ stabs, and a heavy dose of dub delay in a way that’s both visceral and psychedelic. (Whatever the title refers to, it sounds like huffing some would be awesome.) Signaling how far out he can go, “Surface Noise” opens the EP with a beatless swirl of shimmering Rhodes drones and overdriven electric bass, the kind of thing Oval might do if he got his hands on the ECM catalog.

Howes’ EP is available now as a download from Melodic; a limited, hand-stamped 12-inch release will ship on July 22, and includes a download code.