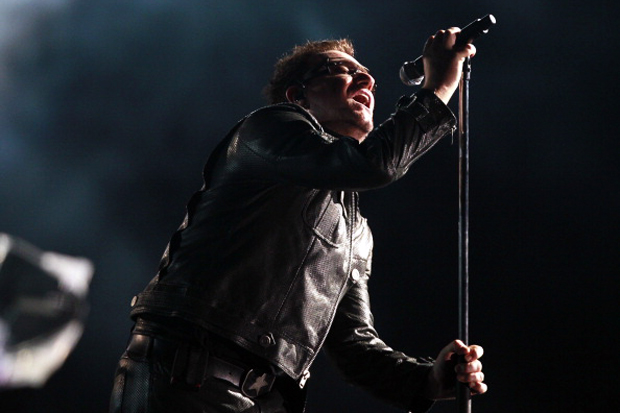 Farm Aid has revealed the lineup for this year’s version of the 27-year-old charity concert: Along with organizers Willie Nelson, Neil Young, John Mellencamp, and Dave Matthews, names like Jack Johnson, Amos Lee, and Toad the Wet Sprocket are also on the list. It’s not exactly the most contemporary or relevant group of artists, especially when contrasted with something called Agit8, “a totally unique music-based campaign” that attempts to turn a charity concert into a fully digital music experience. Mumford & Sons, fun., Macklemore, and Ed Sheeran, along with veterans Elvis Costello, Tom Morello, and Kid Rock, have contributed protest songs to the campaign that they will perform on video. Launched by Bono’s non-profit ONE, Agit8’s goal is to raise awareness of global poverty in the same way that Farm Aid hopes to raise awareness of the family farmer’s struggle — by harnessing the power of celebrity and the appeal of music.

But there’s one obvious difference between the two noble efforts — and that’s how people participate. Farm Aid is physical. Agit8 is digital. Ultimately, that will be that difference that allows campaigns like Agit8 to dethrone the Farm Aids of the world and reign as the new way musicians try to change the world.

For proof, look no further than yesterday’s landmark Supreme Court rulings in favor of gay marriage. It’s impossible to codify everything that contributed to that victory, but at least a sliver of credit should go to the wave of social (as in social-network) activism that swept the internet last March as the Court heard arguments on gay marriage Yes, the ubiquitous “red equals” sign became annoying (and yes, the “Black Flag bars” version was better than the original), but the impact of millions of Americans publicly supporting a cause cannot be discounted.

Imagine if Agit8 could do the same for global poverty. What if two-thirds of your Facebook feed was covered in protest songs and anti-poverty macros? Not only would that tell uninformed users that this is an issue to care about, it would encourage the more motivated to actually act. And it would make talking about global poverty trendy, which would be a very positive development.

Even with the shifting tides, traditional charity concerts are still likely to generate more actual support for a cause than the digital version. Farm Aid is, after all, actually raising money for its cause. Agit8’s only goal is to raise awareness. Global poverty is also not an easily graspable cause like gay rights, meaning an embrace of the issue by your high-school buddies is unlikely. But if that’s ever going to change, it’s going to take ambitious projects like Agit8.