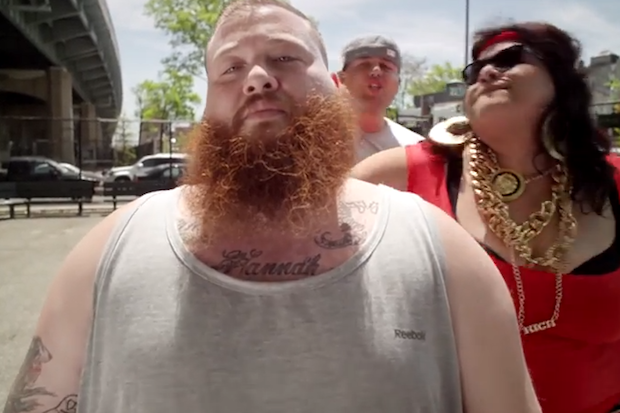 Action Bronson has positioned his new single “Strictly 4 My Jeeps” as a sort of Queens anthem, which was echoed in a video that features the long-bearded rapper traversing the New York City borough. The remix, then, had to feature a few Queens rappers, and Bronson managed to reel in some big ones: LL Cool J and Lloyd Banks. LL — who recently gave SPIN his final word on “Accidental Racist” — is now more a TV personality than a rapper, which was never more evident than on his most recent album Authentic. But he sounds energized here by the opportunity to rap for an audience that isn’t middle-age mothers; he says he’s a “charismatic bastard.” Banks, meanwhile, acquits himself just fine over the skipping beat even if he doesn’t quite attack it with the same agility as LL or even Bronson.

You can stream the track over at In Flex We Trust.