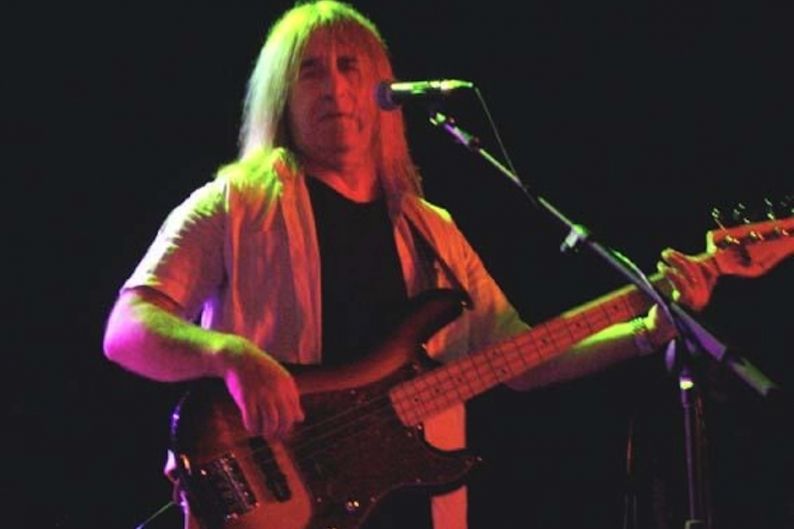 Trevor Bolder, who played bass in David Bowie’s influential Spiders From Mars band and later joined Uriah Heep, has died. As the Guardian reports, Bolder was 62 and suffered from cancer.

Bolder took over bass duties for Bowie’s backing band in 1971 from Tony Visconti, playing alongside guitarist Mick Ronson. Bolder’s work appeared on some of Bowie’s best-known albums: Hunky Dory, The Rise and Fall of Ziggy Stardust and the Spiders From Mars, the freshly reissued Aladdin Sane, and finally Pin Ups. Bolder was a member of U.K. hard rockers Uriah Heep from 1976 through 2011’s Into the Wild, stepping away from the group only in recent months as his health declined.

Bowie praised Bolder in a statement on Facebook. “Trevor was a wonderful musician and a major inspiration for whichever band he was working with,” the singer said. “But he was foremostly a tremendous guy, a great man.”

Uriah Heep also honored their fallen bassist. “Trevor was an all-time great, one of the outstanding musicians of his generation, and one of the finest and most influential bass players that Britain ever produced,” the band wrote in a statement on its website. “His long-time membership of Uriah Heep brought the band’s music, and Trevor’s virtuosity and enthusiasm, to hundreds of thousands of fans across the world.”

In 2002, SPIN ranked David Bowie and the Spiders From Mars as one of the 50 Greatest Bands of All Time.