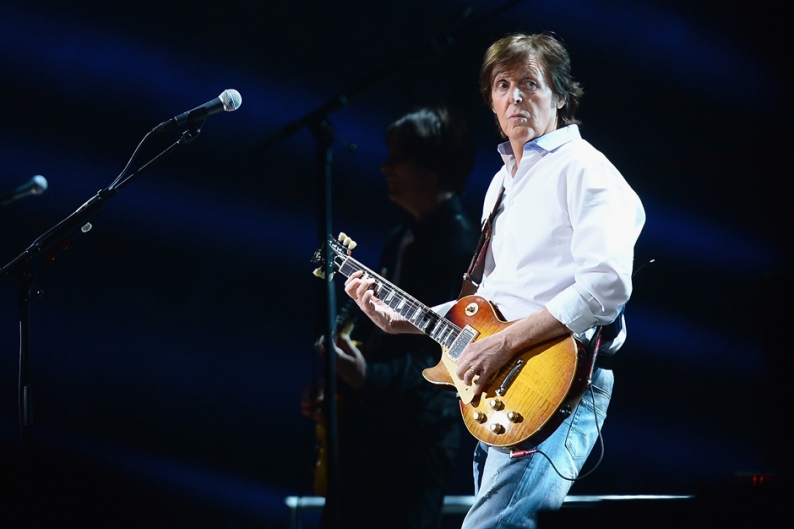 Paul McCartney has thrown his weight behind the Pussy Riot cause, sending a handwritten letter to Russian authorities calling for justice in the case of imprisoned artist-activists Maria Alyokhina and Nadezhda Tolokonnikova. His support came following the news that Alyokhina has embarked on a hunger strike after being refused the right to attend her own parole hearing. He also apparently wrote a letter last month when Tolokonnikova was denied parole.

Macca’s website includes brief excerpts from each of the two messages, which politely emphasize the fact that a significant chunk of the world is watching this human rights violation unfold, and that he, living Beatle Sir Paul “Helter Skelter” McCartney, is friends with many Russians. Considering the circles this guy runs in, we’re guessing he ain’t talking about the proletariat. The Kremlin better recognize.

Regarding Alyokhina, he wrote: “My personal belief is that further incarceration for Maria will be harmful for her and the situation as a whole, which, of course, is being watched by people all over the world. In the great tradition of fair-mindedness which the Russian people (many of whom are my friends) are famous for, I believe that you granting this request would send a very positive message to all the people who have followed this case.”

And on Tolokonnikova’s behalf: “I have had a long relationship with the Russian people, and, with this in mind, I am making the following request in a spirit of friendship for my many Russian acquaintances who, like me, believe in treating people — all people, with compassion and kindness.”

He also apparently believes in gifting his enemies with autographed McCartney memorabilia. Content be damned, if these letters don’t end up on eBay, they’ll doubtlessly be filed in some onion dome-topped vault as testament to the reach of the mighty Rossiyskaya Federatsiya.