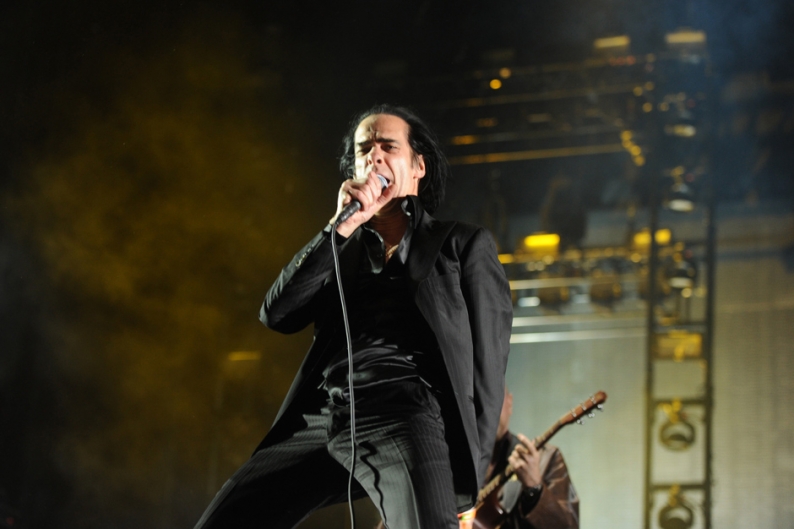 Twice now we’ve noted the itchy oddity of witnessing Nick Cave and the Bad Seeds rip through their awesomely raunchy material while a choir of kiddies assists. For their first Coachella performance, which included the beyond-blue murder ballad “Stagger Lee,” we blessed the band with “Best Swearing in Front of a Children’s Choir.” And then there was the live clip of Cave and co. doing new single “Mermaids,” in which those boys and girls helped out with the line, “I was the match that would fire up her snatch.”

Well, it turns out we weren’t the only ones who were a wee bit concerned. In a new interview with the Independent, Cave explains that it’s been a bit of an ordeal finding parents who are okay with letting their little lambs go toe to toe with the Big Bad Wolf when he comes to town. “Sometimes you have to have three or four goes at finding the choir,” he said. “They come back going, ‘No, no, no.’ Especially in [the U.S.]. There were certain songs they wouldn’t sing. They won’t do ‘Mermaids’, for instance, because of the lyrics.”

Cave has been working to secure local kids for each stop — Flea’s Silver Lake Music Conservatory provided the talent for the Los Angeles-adjacent shows — and he doesn’t understand what all the fuss is about. “Personally I find that ridiculous,” he said, “but maybe I’m more liberal with things. Anyway, often people feel it’s inappropriate, and they don’t want their children ’round words like ‘snatch’.” Weird.